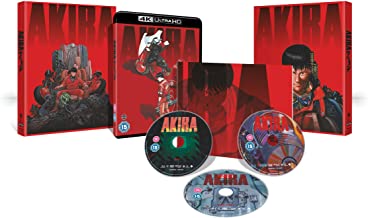 Katsuhiro Ôtomo‘s 1988 seminal anime, Akira, blew the world away with its stunning graphics and superb animation. Neo Tokyo never looked so good. An ambitious piece of work in 1988 and even now this is still a benchmark for anime artists. Now in 4k this a pure feast for the senses. 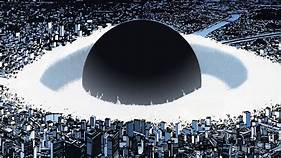 Neo Tokyo grew up out of the destruction of the 1988 singularity, now it is 2019 and Neo Tokyo is in turmoil. With corruption, anti-government protests, terrorism and

gang violence. This gang violence is where we meet our protagonists.  Shōtarō Kaneda (Mitsuo Iwata, Initial D (TV Series), Paprika) is the leader of a bōsōzoku biker

gang, he is out for blood and he has the Clown gang in his sights. As the city is erupting into civil unrest Kaneda rips up the streets with his friend Tetsuo (Nozomu Sasaki, Bubblegum Crisis (TV Mini-Series), The Heroic Legend of Arislan (TV Mini-Series)) who hero-worships Kaneda.

Whilst battling with the clowns, bikers go down and damage is done. Tetsuo is separated from the gang when he spots a small child in front of him in the middle of the road. Tetsuo’s bike goes up in a ball of flame and the child is unharmed. Unlike Tetsuo.

Tetsuo is different to pre-crash Tetsuo, he has gained psychic powers which are detected by Colonel Shikishima (Tarō Ishida, Silent Möbius) of the Japan Self-Defense Forces. He investigates and finds Kaneda with his injured friend and the cowering small child who is taken away by the soldiers as is Tetsuo, while Kaneda and his gang are arrested.

Whilst in the large police station, Kaneda spots a pretty girl across the room, little does he know that she is a member of a resistance group. He chats her up and finds that her name is Kei (Mami Koyama, Dragon Ball Z (TV Series), Appleseed), he uses his wit and charm to get his gang and Kei released.

Studying Tetsuo the Colonel finds that the accident with one of his test subjects has unearthed an amazing amount of power within Tetsuo, powers to rival the mythical Akira.

This is the story of their journey.

A smash in the face with Sci-Fi, anime and sound. Awesome. 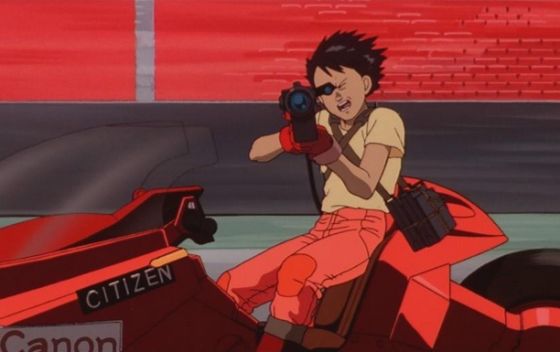