3 star “leave your brain at the door” sci-fi. 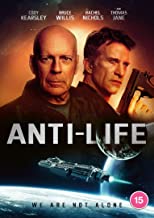 Anti-life is a low budget sci-fi film which nevertheless boasts some heavy weight acting talent. It was originally released in 202o under the name Breach. It is written by Edward Drake (Cosmic Sin) and Corey Large (The Penthouse) and directed by John Suits (Breathing Room).

It is presented here on Digital platforms and DVD courtesy of Signature Entertainment.

“And so today, after years of unrest, society has reached it’s breaking point, as the last shuttle departs for New Earth, damning nineteen billion people to extinction.”

It’s 2242 A.D. and Earth is ravaged by a plague. In a desperate attempt to save humanity, a select few have been chosen to leave the Earth on specially designed shuttles and head for a new planet which they have (imaginatively enough) called New Earth, much to the displeasure of those left behind. The 42nd and final shuttle USS Hercules is being loaded and is almost ready to go.

As the final three thousand people board the ship, Noah (Cody Kearsley – Riverdale) is desperately trying to stow away so that he can make the trip with his pregnant girlfriend Hayley (Kassandra Clementi – Home and Away), who just so happens to be the daughter of the captain of the USS Hercules, Admiral Kiernan Adams (Thomas Jane – The Expanse, Dreamcatcher). 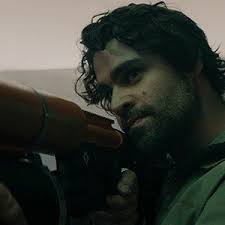 He masquerades as part of the custodial crew, charged with the care and maintenance of the ship for the 182 day duration of their trip while the rest of the passengers in crew are in cryo. He finds himself teamed up with the gruff Clay (Bruce Willis – Fifth Element, Die Hard) and his team, as well as a security detail. The prize for the weirdest shouting ever in a film goes to Timothy V. Murphy (Broil,  Appaloosa) for his portrayal of overbearing security chief Stanley.

It soon becomes apparent that they have a problem, there is some form of alien being aboard the ship, infecting the crew and hell bent on destruction. Can this unlikely group of heroes save the ship and what is left of humanity? 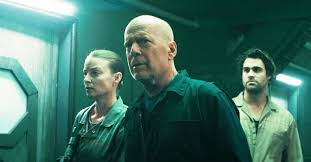 It is an interesting, if not new, idea, alien killer stalks squishy helpless little humans through a confined space. Unfortunately it lacks the finesse of it’s predecessors. You would think if they could afford the likes of Bruce Willis and Thomas Jane that they might have spent a tenner on special effects, alas this does not seem to be the case (the muzzle flashes are the funniest thing I’ve seen in ages and the sets are so obviously polystyrene that I wanted to unpack them). I can only assume they both signed their contracts blind-folded, but I hope they had fun anyway.

This is not a classic, nor is it top draw sci-fi, however it is strangely somehow still very entertaining, charming in it’s own way and good for a laugh at some classic Bruce Willis grunting if nothing else. There’s a decent amount of gore too. Overall well worth an hour and a half of your time.

“I was alone with Blue all night. When I cut him open his spleen, his heart, his nervous system, his blood, basically been eaten down to nothing.”