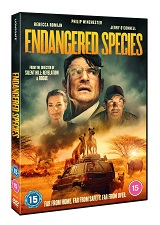 Endangered Species is based on a story by Paul Chronnell (Airborne), with screenplay by Isabel Bassett (Rogue), who also stars and M.J. Bassett (Strike Back) who also directs. It is available now on Digital Download and DVD courtesy of Lionsgate UK.

“This country’s gonna eat them alive.” 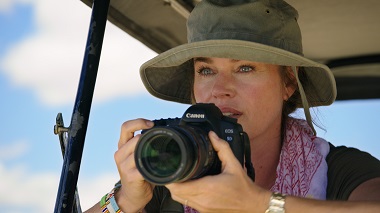 Lauren Halsey (Rebecca Romijn – X Men, Star Trek: Discovery) has always wanted to go on a safari. Her dream has finally come true, as she jets off with her husband Jack (Philip Winchester – Law and Order: Special Victims Unit). Also accompanying them are their adult children Noah (Michael Johnston – Assassination Classroom) and Zoe (Isabel Bassett), who has brought along her boyfriend Billy (Chris Fisher – Black Sails). 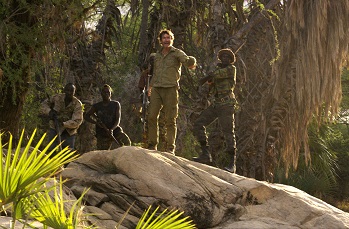 Right from the start it is obvious that this dream holiday is going to be marred by family bickering. As it transpires, Jack has been placed on administrative leave from his job as an oil executive following an oil spill and had declined to mention this, never mind the fact that they might not actually be able to afford the holiday. The kids are also feisty, Jack blames Billy for Zoe dropping out of college and she is defensive.

We also see that Lauren is type 1 diabetic, how could that possibly be an issue in the sweltering hot, medical facility devoid animal reserves of Africa?

“Look, your Mom wants to see a rhino, I’m gonna find her a rhino.” 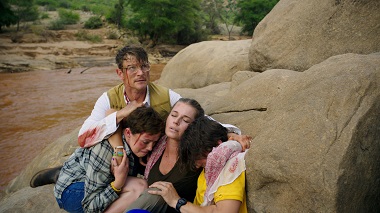 The next morning sees them get up bright and early ready for their safari and the first of several irrational and very dangerous decisions. Not having paid for the official safari, Jack decides they will drive themselves. Too impatient to queue, he enters the park without logging the vehicle and soon decides to off-road on a closed road. Anyone else getting exasperated yet? Next he allows Noah to drive and this is where we find out that it’s not a good idea to get between a rhino and her baby. Does this hapless idiot and his family have what it takes to survive? 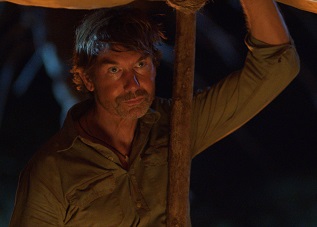 Endangered Species is a very strange film. It carries a strong message about the damage done by poaching and the need for regulation, but at the same time the whole thing feels more like a soap opera. The message is lost among all the petty squabbles and although the acting is good the story is implausible. The CGI is questionable in places but still entertaining.

It also seems a bit weird to present it all from the point of view of the white family of an oil executive when the characters of the Lionesses (an all female poacher hunting army)  are casually thrown in as an aside. The moral of the story may have been better presented by them.

Despite it’s flaws this is a good film, enjoyable to watch and means well.