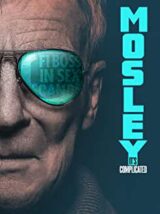 How to Become Public Enemy #1

Producer and first time director Michael Shevloff (Nanny 911 (TV Series) (co-executive producer – 15 episodes)) gets in with one of the most controversial sporting figures of the last fifty plus years. With most of the testament is from the man himself, Max Mosley, as well as those that were with him from the start and those that supported him, as well as some of those that didn’t much care for him.

A young man that grew up in the shadow of his father, Max knew he needed to find a career path where he was not known, that was motor sport,

but our story doesn’t start here. No Monaco 2008 where Max has made quite a lot of vocal enemies that he show walk away from the sport he has been in since the 1960s.

We start in Delhi, India, where Max is trying to reduce the phenomenal amount of road deaths (140,000 per year, or 300-400 a day) due to the old cars being ‘death traps’ and the new ones no better. i.e. the Tata Nano zero-star rating.

“Doesn’t matter if it’s war, terrorists or a road accident, makes no difference to the family.”

We also hear about Max’s start into motor sport after a lucky gift of two tickets to Silverstone (A true gift), and how this led to him being on the same grid as F1 legends Jackie Stewart and Jim Clark, Max was at Hockenheimring when Jim lost his life and he put this down to Jim not wearing a seatbelt like him in the dodgy conditions.

This leads into his work as a team builder of ‘March’ which took the F1 world by storm, and leading him to meet the infamous Bernie Ecclestone. This tells of how they fought tooth and nail to control the day to day running of the F1 calendar.

We also delve into the other matter that is passionate to Max, the press and their intrusion into the private lives of individuals, in which he was personally involved, also the scandal of phone tapping by a newspaper group.

There is a lot more in Mosley It’s Complicated, a documentary doesn’t get any better than hearing it from the subject. He tells it warts and all.

He was a fundamental part of F1 and how it is now safer for all on the track or on the road. Thank you Max. 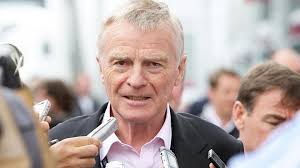