4 stars for this charming tale of adventure and romance. 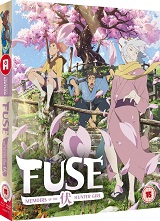 Hamaji (Minako Kotobuki – Tiger and Bunny) is a young hunter girl who lives in the mountains with her Grandfather. Following his death the previous season, she feared she would be left alone and has become a proficient huntress in her own right. 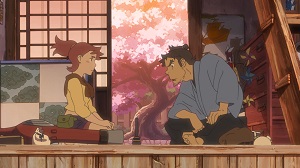 However, the Head Priest arrives with a letter bearing good news – an invitation from her brother Dousetsu (Katsuyuki Konishi – Akame Ga Kill!) to join him at his home in Edo, the big city.

This sounds like an excellent proposition, so off she heads to find him. She gets off to a shaky start as she can’t read, however a mysterious masked stranger helps her to read the address and off she goes to the tenements beside the river where her brother lives. Although she loves the place it soon becomes apparent that her skills as a hunter will also be required. 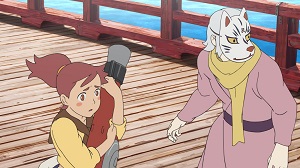 A race of creatures who are a hybrid of men and dogs, the Fuse, are reputedly killing people to feed on their souls. It is believed that there are twelve of these half breeds living in Edo and the Shogun has issued a decree for them to be killed.

All the local hunters will join in the hunt, but for Hamaji, this will prove something of a dilemma when it emerges that the stranger who helped her and with whom she now feels a connection is actually Shino (Mamoru Miyano – Tokyo Ghoul), who is in fact one of the Fuse. She must choose between her job and her growing feelings for this strange and dangerous creature. 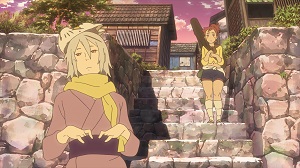 Fusé: Memoirs of the Hunter Girl is a lovely story, well told and is enchanting in places. The animation style is nice too, easy to watch, and the action flows well. The attention to detail, especially in the city of Edo really shines through and adds to the overall feel of the film.

If there is any issue with this, it’s subtitled, which isn’t usually a problem, but they are really fast, so you’ve either got to be able to read very quickly or be prepared to keep pausing.

That aside though, this is a good film and a nice package with lots of little bonus items, including a booklet and will grace the shelf of any anime collector.

“People like you deserve to live in pitch darkness where even the moon doesn’t rise.” 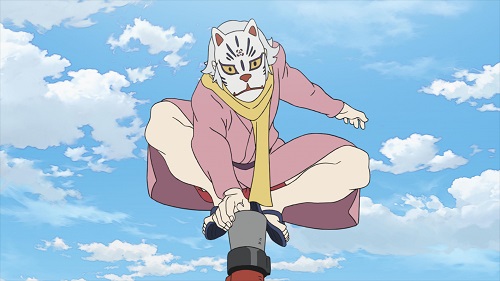 Fusé: Memoirs of the Hunter Girl is available to buy now on DVD and Collector’s Edition DVD and Blu-ray.