5 star final battle for the fate of Humankind.

Tokyo Ghoul:re Part 2 is based on the manga sequel of the same name written by Sui Ishida. It is effectively Season 3 of the Tokyo Ghoul anime series. It is produced by Studio Pierrot (Yona of the Dawn, Twin Star Exorcists) and directed by Toshinori Watanabe (Mix: Meisei Story).

This release features episodes 13-24 and is available on Collector’s Edition Blu-ray and Standard DVD. It is the sequel to the first two series, and concludes the story, so the usual spoiler alert applies, don’t read unless you have watched them, you have been warned!

“My only wish is to leave something. I want to believe that the choices I made, that my time in this world, had meaning.” 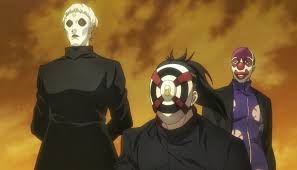 The battle for the streets of Tokyo rages on. The headquarters of Aogiri tree have been located by the CCG and a major offensive is launched. An unexpected announcement from author Sen Takatsuki a.k.a. Eto Yoshimura (Lindsay Seidel – No-Rin, Free! Eternal Summer) sends shockwaves through the city, adding to the unrest. 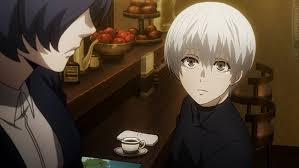 Kaneki has his memories back and he is desperate to end the bloodshed. However, given that he himself poses a massive threat to Tokyo, this will be no easy task, especially since he will need to convince humans and ghouls to fight side by side.

This stunning conclusion to the story of Ken Kaneki (Austin Tindle – Snow White With the Red Hair) is a rollercoaster ride featuring another daring raid on Cochlea, revelations from all quarters, pitched battles against the Clowns, the return of many familiar faces (in one form or another) and an epic final battle for the future of humanity. 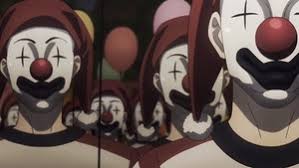 The animation style is just as beautiful and disturbing as ever, blood runs freely through the streets and the atmospheric and haunting soundtrack adds to the emotion of the many heart wrenching scenes.

This is a glorious finale to what has been an amazing series and is a must own for all fans of the franchise.

“My head keeps playing reruns of past mistakes. With the same words on repeat. Dorky, lame, worthless, indecisive, weak, but still that’s just who I am!” 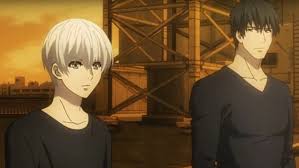 Tokyo Ghoul:re Part 2 is available to buy now on Collector’s Edition Blu-ray and Standard DVD and will be released on 6th April 2020.