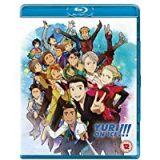 Yuri!! On Ice is a Japanese figure skating anime, written by Mitsurou Kubo, directed by Sayo Yamamoto (Michiko and Hatchin) and produced by Studio MAPPA (Rage of Bahamut: Genesis, Terror In Resonance).

The series’ depiction of figure skating and the relationship of its lead characters earned acclaim from anime critics and sporting professionals alike, including three-time U.S. national champion and LGBTQ activist Johnny Weir. Yuri!! On Ice also won all seven categories it was nominated for in Crunchyroll’s inaugural 2016 The Anime Awards, including Best Couple and Anime of the Year.

“Who would care if I did retire? There are dozens of talented young skaters who could take my place.” 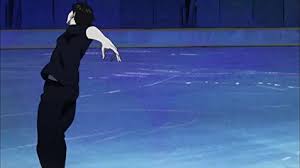 Yuri!! On Ice follows the fortunes of Japanese men’s single figure skating competitor Yuri Katsuki (Josh Grelle – Brothers Conflict, Snow White With the Red Hair). As the story opens, we see the aftermath of the Grand Prix Final. Having gone to pieces during his performance, Yuri finishes in last place after a humiliating defeat by his idol Victor Nikiforov (Jerry Jewell – Black Clover, Eden of the East). 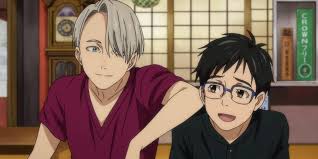 Dejected, he heads back to his home town of Kyushu and to his family with no real direction in mind. He still receives support from his sister Mari (Leah Clark – Gonna Be The Twintail!!, Guilty Crown) and his best friend and former rink mate Yuko (Alexis Tipton – Robotics;Notes, Space Dandy) and her three children, although they all agree that he needs to lose weight.

Everything changes for Yuri when he shows Yuko a routine he’s been working on, a perfect copy of Victor’s programme and is secretly filmed by the children. They post the video online, it goes viral and is seen by Victor, who immediately heads to Japan to coach Yuri.

This causes much consternation and he finds himself in competition with the other Yuri, Yuri Plisetsky (Micah Solusod – Eureka Seven AO, Yona of the Dawn), who vows to take Victor as his coach and win the Grand Prix Final on his senior debut. What follows is a voyage of discovery and rivalry that will change all their lives forever. 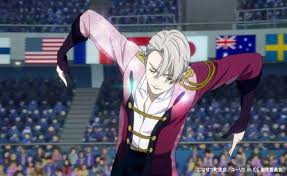 Yuri!! On Ice is a fantastic watch. The figure skating is captivating, with a glorious score of original music and features choreography by former professional figure skater Kenji Miyamoto.

The whole thing feels really glamorous, while at the same time showing the amount of blood sweat and tears that goes into becoming top of any sport.

The depiction of the relationship between Yuri and Victor is very well handled and gentle and subtle enough that it doesn’t interfere with the storytelling.

A great anime, well presented and worth adding to any collection. 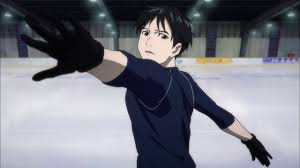 Yuri!!! On Ice is available to buy now on Combo DVD and Blu- Ray.