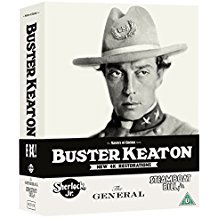 Keaton at his Best.

Eureka does it again, with this collection of three films from the master of comedy action deadpan hero. Now fully restored to 1080p with sharper music and sounds. This is a must own, for the laughs, the action and the history of this amazing man. With a package that comes with a sixty page booklet and special features. Buster Keaton directed or had a hand in directing all three films showing his talent both in front of and behind the camera lens. 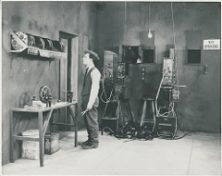 This boxed set opens with Sherlock Jr where a young projectionist (Keaton) dreams of being a famous detective, like Sherlock Holmes, but most of his time is taken up with cleaning the auditorium up after a screening. 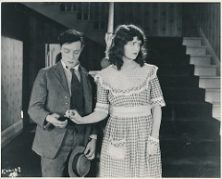 His mild and meek demeanour has won the heart of his girl (Kathryn McGuire, The Girl on the Train) and they get engaged. But things don’t go well for the couple as a local woman’s man ‘The Local Sheik’ (Ward Crane, Risky Business) also has plans for his girl and conspires to have him removed from the scene by means of a stolen watch. Now the projectionist must use his detective skills and all his acrobatic and timing skills to get his girl back.

Secondly we have the magnificent ‘The General‘ where Johnnie Gray (Buster) 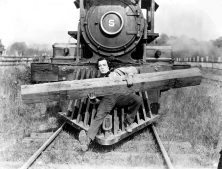 plays a steam train engineer at the start of the Civil War. He wants to join the army but his trade rules him out of firing a gun. This dismays him and his love Annabelle Lee (Marion Mack, One of the Bravest) who will not talk to him again until he is in uniform. Let the hilarity begin.

To finish, we have possibly Buster Keaton’s finest work in Steamboat Bill Jr. (Buster). This time we find a dapper young man keeping his promise to his 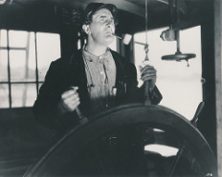 mother to see his long estranged father, William ‘Steamboat Bill’ Canfield (Ernest Torrence, The Cossacks) who captains the Stonewall Jackson. He is a mountain of a man and skippers the ship with a rod of iron and
Tom Carter (Tom Lewis, The Go-Getter) his First and Last Mate is the mediator with everybody else.

Bill and his first mate go to the train station to meet his son, wondering what 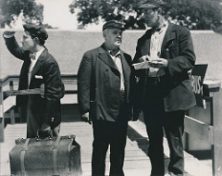 his strapping young son would look like and they are given a clue as he will be wearing a carnation in his lapel, but the comedy starts right here as everybody is wearing carnations.

After many mistaken identities on both sides they finally meet and Bill is rather disappointed with the visage before him, from the tip of his beret, his attire and his stupid Ukulele.

The first job is to get him looking like a shipmate and you will not believe the amount of fun you can have watching someone buying a hat and clothes.

Whilst in town he bumps into Kitty King (Marion Byron, The Heart of New York) the daughter of the local magnate J.J. King (Tom McGuire, Charlie Chan at the Opera) who owns the town hotel and the bank and basically owns the town. 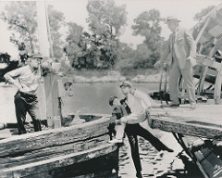 But Bill’s biggest problem is that King has just sailed up river in his new paddle steamer and will put Bill out of business. As Kitty and Junior try to get together, their fathers do all they can to keep them apart and the fathers fall out big time. 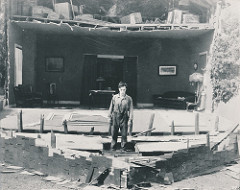 Once again this is in my opinion is a must own for the lovers of comedy as Buster Keaton was a true master of his trade. 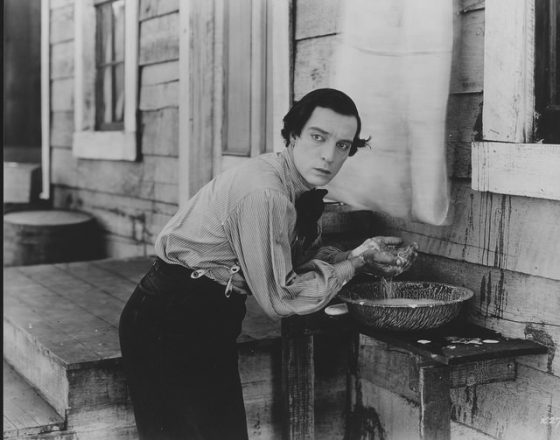