Once again we have to thank The Keaton Project 2015 by Cineteca di Bologna and Cohen Film Collection to restore all Buster Keaton films between 1920 – 1928 and also Eureka The Masters of Cinema for putting together this amazing comedy classic package. This volume sees our zero go too hero as a man suffering from his genes, a cow poke and a scholar to athlete. 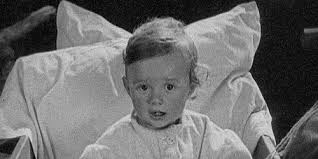 Set in the Southern US in the early 19th Century where it isn’t  uncommon for family feuds to rage through the generations, and we find our self seeing the feud between the Canfield’s and the McKay’s. On a stormy night John Canfield visits his brother Joseph (Joe Roberts, The Primitive Lover, Three Ages) with murder on his mind. Meanwhile, John McKay has heard that John is on the warpath, and he prepares himself for a duel. But in the wind, rain and the lightning guns fire in the dark and both men fall. Mrs McKay weeps over her husband as Joseph takes Johns body back to his mansion and swears to teach his sons about revenge. 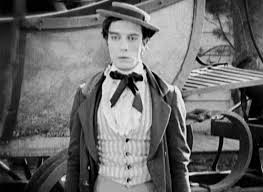 Mrs McKay can’t take it and takes her son Willie (Buster Keaton Jr.) to New York to bring up Willie with her sister, far away from the Canfield’s and the troubles they bring. 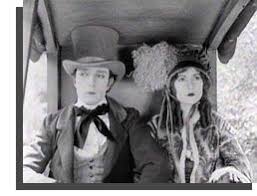 grown into a fine young man living with his aunt (Kitty Bradbury, The Pilgrim), but he receives a letter saying he is the heir to the McKay estate and with dreams of country mansions he books a ticket on the railway to take him south. He shares his 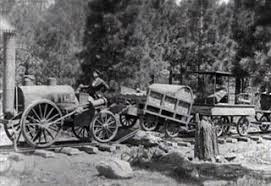 carriage with a young woman (Natalie Talmadge, Passion Flower, The Isle of Conquest) who is a bit shy at first but as they travel on their fantastic journey South they become very friendly and this about her family and how they take our Willie. With as usual stunning stunts and slapstick humour, it is the locations that capture the eye.

and sells them for provisions as he plans to ride the train out of Indiana to NY city. Friendles is a small town boy and NY is all to hectic for his and as he sit in the marshalling yard he spots a train car with Santa Fe,

and he takes a punt on that but on the way there he encounters barrels. Which leads to an early departure from the train, and he finds himself in 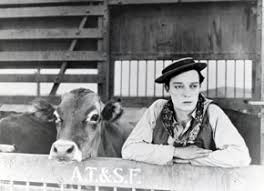 the middle of no-where. After encounters with a horse, rattlesnake and rabbits he finds himself on a ranch. As you could guess he knows nothing about cattle and the fun ensues with a cow called Brown eyes.

Ronald (Keaton) is a scholastic genius at high school level and it is graduation time and the girl he wants to impress is Mary (Anne Cornwall, Thorns of Passion, Under Western Skies), but when he gives a speech about the amount of athletes in the education system.

Future generations depend on brains and not upon jumping the discus or hurdling the javelin.

It has taken the jock Jeff (Harold Goodwin, All Quiet on the Western Front) seven years to graduate, and he also has designs on

Mary. Mary is going to Clayton Collage in the fall, and he wants to follow her. She doesn’t want anything to do with him until he changes his views.

When you change your mind on athletes, I change my mind on you.

Ronald thinks he can get jobs and work his way through college, but with his obsession with impressing Mary it takes a toll on his studies and it takes an understanding Dean (Snitz Edwards, The Phantom of the Opera) to put him on the right path. Some brilliant foot-work from Keaton in this sporting comedy.

Another great box set from Masters of the Cinema. A must own for any classic comedy fan. 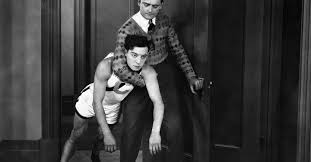