4 Stars for the revised DBZ Kai 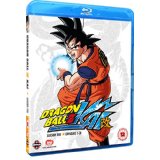 This hi-definition version of the original Dragon Ball Z has been brought up to date for the 20th anniversary of the original airing in Japan. This season one goes from episode 1-26 of 98 rather than the original run of 159 or 167 for the world market, with re-cut and redone scenes and some music changes.

Some years have passed since the last tournament, so Goku settled down with his childhood sweetheart Chi Chi and they have brought up their young son Gohan. They still keep in touch with their old friends like Bulma, Roshi, Yamcha, Krillin etc. At a reunion a stranger appears out of the sky and addresses Goku, but he 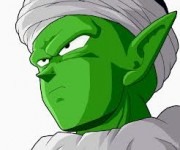 calls him Kakarot and reveals himself as a Saiyan named Raditz. He is Goku’s older brother. Goku knows nothing of what a Saiyan is capable of especially when you have a tail. Raditz notices that Gohan is also a Saiyan and he kidnaps him in a vain attempt to get Goku to join him.

Goku’s old enemy Piccolo turns up and offers a shaky alliance to defeat this powerful invader. With Chi Chi shouting her objections, the pair grab the DB locator and head off to fight this Saiyan.

As with all Dragon Ball series a huge

fight breaks out and the pair are outgunned against their opponent. However, Piccolo tells Goku that he has a new technique but needs time to charge it, and he needs his ally to distract his brother.

Goku manages to grab Raditz after Gohan gets involved and injures his uncle, then Piccolo fires his Makankōsappō hitting both Raditz 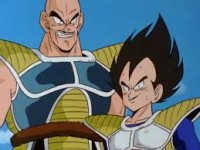 and Goku. This mortally wounds both of them and in his dying breath Raditz tells them that in one years time, two other Saiyans will be arriving and they are far more powerful than the handful he was. With Kami whisking off the body of Goku to his observation platform, Piccolo takes the young Gohan to be his ward and train him for the year to meet the two Saiyans on their way to wipe out all life on Earth, as the rest of the gang also go into training mode.

Will they all be ready in time, and can Goku get back from his training with King Kai in time to save the planet?

This the great start to the abridged version of the DBZ Kai tale now in 16:9 aspect and with a sharper picture, this is a definite boost for Goku fans. With more blood and guts than you remember on the Telly, get into the world of Dragon Ball Z Kai. 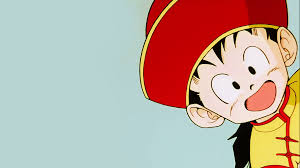