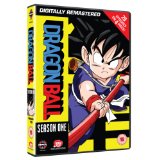 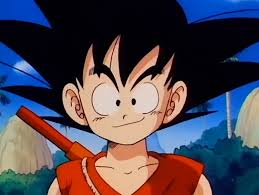 Goku is a young boy that has grown up with his Grandpa Gohan, high in the mountains, but now Goku is an orphan after Gohan was stomped upon by a big monster in the night. 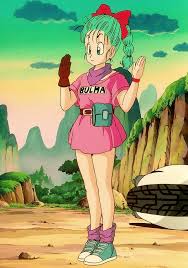 He goes off adventuring even though he knows nothing of what is out there, which leads him to have an accident with a motor vehicle driven by the intrepid Bulma, who is on a quest to find 7 Dragon Balls so that she can call for the dragon and be granted her wish. (a boyfriend). Bulma’s radar tells her that one of the dragon balls is very close and finds out that Goku’s grandpa had left him the 4 star ball and she allows him to team up with her. 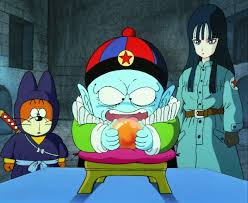 But there are others with their eyes set on getting that dream wish and one of those  would be Emperor Pilaf and his faithful agents Shu and Mai. He dreams of ruling the world and to do so he must have the Dragon Balls and that is the job for his agents as they scour the land for his prize. 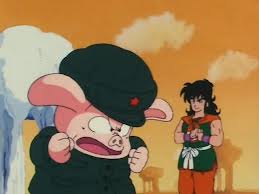 Also after the wish is a desert bandit Yamcha (not to be afraid of girls) who along with his shape shifting cat decide to steal the balls from Goku and Bulma before they can make their wish. But some how they all end up friends along with a shape shifting pig Oolong who once terrorised a village that had a Dragon Ball. 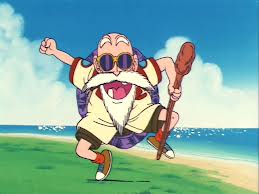 One of the kind deeds done by Goku and Bulma was to rescue a stranded turtle, that leads them to meet Master Roshi the Turtle Hermit who as a reward gives Goku the Flying Nimbus a small cloud that only the pure of heart can ride. Also they gain another ball from Roshi. Roshi cannot ride the cloud as he is a dirty old pervert that has a thing for anything female and pretty, which means Bulma and Launch a girl with a serious split personality. 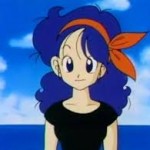 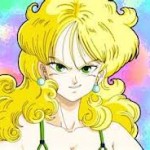 With the dragon gone and the Dragon Balls also (for a year) Goku decides to take up the offer of Roshi and train like his grandpa under the turtle hermit. but when he gets there he finds another hopeful student, the young Krillin. 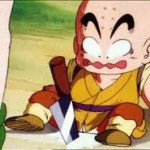 He knows the ways of the hermit and plys him with girlly magazines, before he will train them they must find Roshi a girlfriend, after a few disastrous attempts they find Launch the pretty Blue haired girl who when she sneezes turns into the violent gun toting blond Launch. 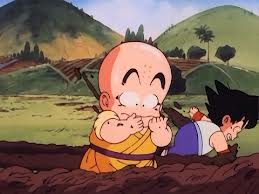 But she can cook, even if it is poisonous puffer fish stew.

With a house keeper the Master agrees to teach the boys what he knows as there is only 8 months before the World Marshal Arts Tournament. A rigorous regime of training starts at 4:30 am with milk deliveries and then ploughing the fields with their hands and more much more, which always makes Goku hungry and what a  hunger.

The 8 months soon disappear, so Goku and Krillin and Yamcha enter the Tournament and so the fun begins.

Great fun for this anime classic as it come to us uncensored and a 15 Certification as Goku has no social graces and has no problem with nudity and his way of telling the sex of a person. All great fun. 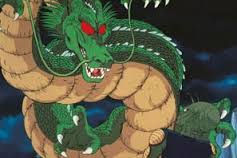 Available to Buy on DVD Now!