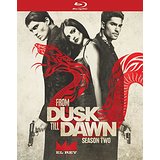 Taken from Quentin Tarantino‘s (From Dusk till Dawn) screenplay and re-imagined by Robert Rodriguez (Sin City: A Dame to Kill For) the director of the original film and creator of cable network El Rey. 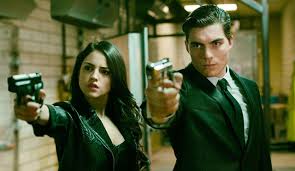 Set three months after the changed events at the Titty Twister, the Gecko brothers have parted ways. Richie (Zane Holtz, The Perks of Being a Wallflower) has departed with the now free Santanico, (Eiza González, Jem and the Holograms) while Seth (D.J. Cotrona, G.I. Joe: Retaliation) is with Kate (Madison Davenport, The Possession) somewhere in Mexico.

Back at the Titty Twister Lord Malvado (Esai Morales, NYPD Blue) the head 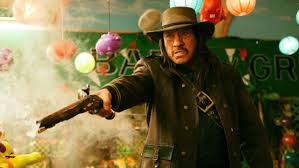 Professor Tanner (Jake Busey, Starship Troopers) now a culebra, is enlisted by Narciso to help Malvado decipher the ancient bonds; he tells them of a reading called the Savini codex. The codex is now Tanner’s main quest and

finding more of the ancient text. Scott (Brandon Soo Hoo, Ender’s Game) is now one of the culebra and tries to turn his sister Kate but is prevented.

It is Carlos (Wilmer Valderrama, School Dance) that needs stopping and Seth is on the job.

This series is for the new blood (see what I did there) as those that fondly remember the original (myself) can’t handle the change and the fact that Richie looks more like Ronnie Kray (Tom Hardy, Mad Max: Fury Road) from Legend than that of Quentin Tarantino.

This series might be a slow burner and may gather pace, we will have to wait and see what El Rey do with it. 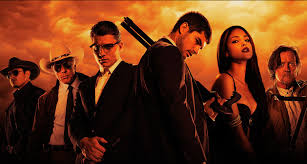