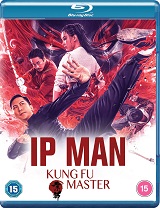 Ip Man: Kung Fu Master is written by by Liming Li (Young Ip Man: Crisis Time), who also directs alongside Qingshui Shi. It is presented here on DVD and Blu-ray in the UK courtesy of Dazzler Media.

“Kung Fu. Why do we practice it? My master said, it’s a Kung Fu master’s duty to save those in danger and help those in need.” 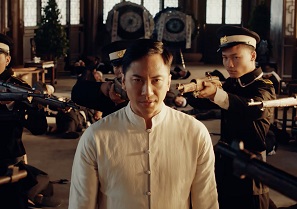 This film is based around the life of legendary Kung Fu Wing Chun master Ip Man (Dennis To – Kung Fu League), best known for training Bruce Lee. It is set during a phase of his life when he was serving as a police Captain in the Foshan province. I feel like this is probably where any historical accuracy is abandoned, as the fight sequences are ambitious and extravagant to say the least, the guy was a legend, but not invincible. They are however very impressive. 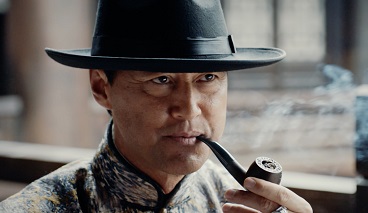 Now working as a police officer, Ip Man finds himself in direct competition with local gang The Axes run by San Ye (Michael Wong –  City Hunter). Following an epic battle between Ip Man and the entire gang, San Ye agrees to accompany him to the station to be imprisoned for the murder of Mr. Mai. However, when he is found dead in his cell, killed by persons unknown, he incurs the wrath of San Ye’s daughter Qing Chuang (Yuan Li Ruoxin), who vows revenge. 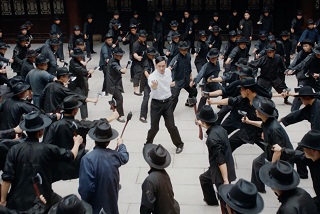 He also has to contend with the Chamber of Commerce run by Sasaki (Zhao Xiaoguang), who seem to be in league with the Japanese, bringing opium into the ports. He has just become a father for the first time, and a strange drunken fighter Qiao Wu (Yue Dongfeng) has moved into his home.

This is an entertaining watch, packed with amazing martial arts action. It does take itself a bit too seriously and it’s all very implausible, but still good fun. Dennis To lacks the charisma and gentle humour that Donnie Yen brought to the part, however the fight sequences are incredible and it’s well filmed and ticks all the boxes for an action film.

A great watch and well worth adding to your collection.