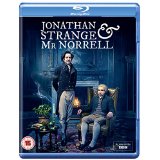 The BBC have done it again. A brilliant adaptation of Susanna Clarke‘s debut 2004 multi award winning novel. Directed by Toby Haynes (Dr Who), he brings this Gothic tale of the early 1800’s in magicless England. This is a tale of an alternative universe England where magic did once exist some three hundred years ago, wielded by the infamous Raven King. 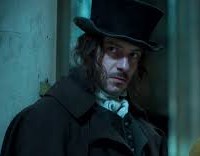 1806, Yorkshire gentlemen of learning meet up to discuss theoretical magic. It is an affront when Childermass (Enzo Cilenti, Game of Thrones) turns up and announces that there is a practising magician, a Mr Norrell (Eddie Marsan, Moby Dick), his boss. No one believes this claim, and the gauntlet is metaphorically  thrown down, that this Mr Norrell must prove his craft. 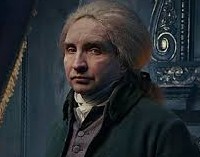 The challenge is accepted and the members of the society meet at York Cathedral, whilst Mr Norrell remains in his vast library at his home. Once all are assembled, a very concentrated Mr Norrell starts to utter an incantation under his breath. Back in the cathedral voices are heard and not of those voices

of the group standing in the dark vaulted house of God. Suddenly all the statues are seen to be the ones talking and moving, all those theoretical magicians are agog, and it is confirmed that there is a real magician in the country.

Childermass asks one of those assembled, a very impressed and eager advocate of practical magic Segundus (Edward Hogg, Jupiter Ascending) who has been trying to buy practical magic books for ages, but only to have them bought out from under him by the said Mr Norrell, to write about what he has witnessed this dark

night and publish it in the national newspapers. This leads to Norrell becoming noticed and he is advised to move to London where he can meet influential people, so that he may make a contribution to the war effort against Napoleon Bonaparte. In London he meets Drawlight (Vincent Franklin, The Bourne Identity)and Lascelles (John Hefferman, Foyle’s War) who are fawning over the new star and introduce him to a cabinet minister Sir Walter Pole, who has the misfortune of losing his fiancée Emma Wintertowne (Alice Englert, In Fear).

With Sir Pole being the man he must impress, Mr Norrell decides to try dangerous magic and bring Miss Wintertowne back from the dead and this is where the trouble starts as he has to make a pact with a fairy known as the The Gentleman (Marc Warren, Wanted). You don’t make a pact with a fairy and expect to come out of it the better. No, with a life expectancy of another 75 years Miss Wintertowne must spend half of it with the gentleman, as this is an unknown event for maybe 300 years Norrell accepts, plus a small token to show proof of the pact.

As all street magicians are charlatans, Norrell (if you are wondering where Jonathan is, he is coming soon) is not too pleased when he has a run-in with one of them, a madman by the name of Vinculus (Paul Kaye, Dracula Untold) who has a foretelling of two magicians in England and of a slave with no name that will be a King. As Mr Norrell’s demeanour dictates, he totally rebuffs it. Vinculus disappears off to the county of Shropshire to be exactly where a layabout son (yes it is Jonathan) tries to attain monies from his miserly father, who promptly finds

his demise because of his even stronger stubbornness. Thus becoming a man of money and estate, Jonathan (Bertie Carvel, Dr Who) goes in search of a meaning to life and bumps into Vinculus who also tells him his prophecy and encourages Jonathan to take up magic, much to the annoyance of his fiancée Arabella

(Charlotte Riley, Edge of Tomorrow). However, she cannot deny the fact that he can naturally do magic, and he is soon in London as Norrell’s apprentice and has access to his masters books. He shows a natural talent for magic and magical improvisation and helps out the navy when a ship runs aground.

Who will be King and who will get to see the fabled Raven King if he exists? Who will be in the government’s favour when it all gets messy, because you know it will.

Brilliant story telling along with outstanding acting all blended together with the magic of up to date CGI.

This is why we pay the TV licence, immerse yourself in the magical world of Jonathan Strange and Mr Norrell and come out of the other end an enriched person.