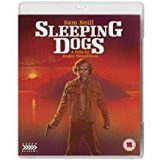 All he Wanted was a Quiet Life.

Arrow Academy brings us a game changing film for both the star Sam Neill (Jurassic Park, Event Horizon) and Director Roger Donaldson (The World’s Fastest Indian, Dante’s Peak, Species, Cocktail)  as they both went on to be Hollywood Big time stars. Sleeping Dogs showed that New Zealand films could impact the home market and the profitable markets of the West. Sleeping Dogs follows the life of Smith (Sam Neill) and how it changes due to the changes that New Zealand is going through.

It’s a sombre day for Smithy and his family. Times are hard in the land as social unrest is rife, due to fuel strikes and petrol rationing, but what concerns Smith the most is the break up of his marriage, due to his wife Gloria’s (Nevan Rowe, Nutcase) infidelity with Bullen (Ian Mune, The Lord of the Rings: The Fellowship of the Ring). With his briefcase in hand his two children wave goodbye to him just as Bullen 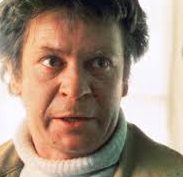 pulls up in his ute. After a short altercation between the two vehicles Smith is on his way to find a more peaceful life.

On his journey he drives down a coast road and he spots a small island off the Coromandel peninsula. He heads into town where he enquires about who owns the the island. He is told that it is a Maori tribe that owns it and he is directed to the owners where he comes away a bottle of whisky and a vehicle lighter, but he does gain an island a boat and a dog for the better as his reclusive life begins.

Elsewhere the prime minister (Bernard Kearns, The Silent One) is asking the people for their support on desperate measures to stop the strikes and riots, as shots are fired on the army and there are people working behind the scenes to stir up trouble and they are not the rebels. 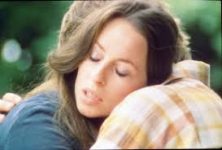 Oblivious and naive to all this Smith carries on with his life, fishing and planting crops. Whilst clearing out the old house on the island he comes across an old army two-way radio in good working condition, he listens in for a bit but that life doesn’t apply to him any more. One day whilst dropping some fish off on the mainland, he sees Cousins (Bill Johnson, King Kong) fishing on the pier. They get chatting and Smith tells him about his rodent problem and poisoning is out of the question due to the dog so he needs a rifle and low and behold when he gets back to the boat there is a rifle and ammo secreted aboard and no sign of Cousins.

This is the start of Smiths problems as unbeknownst to him Cousins has been stashing arms and explosives all over the island and when the new Special Forces turn up on the Island and arrest Smith, he is taken to the mainland and thrown into a rat infested dark cell.

The stuff found on the island is enough to get Smith tried and shot in a military trial unless he confesses that he is a major player in the revolution in a TV interview. He is put in a van and they head for the TV station but on the way he manages to escape. This puts Smith firmly within the revolution in the eye of the authorities.

Follow Smiths ordeals as he tries to keep out of sight of the men with guns.

Sleeping Dogs is a great addition to any Blu-ray collection

First pressing only: Illustrated collector’s booklet featuring new writing on the film by Neil Mitchell, a contemporary review by Pauline Kael and the original press book 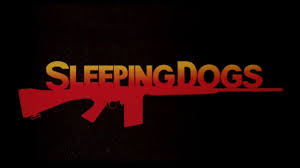 Sleeping Dogs is available on Blu-ray