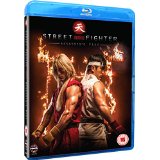 This takes the Street Fighter franchise to the next step.

From British Director, actor, fight choreographer and martial artist Joey Ansah (Attack the Block, The Bourne Ultimatum) comes the best incarnation of the Capcom classic Street fighter: Assassins Fist. It tells the history of the main characters in the game and it does it really, really well. The fight sequences are superb and the special effects are well done.

Originally a TV series (2014) this is the amalgamation of those episodes and a further 14 minutes of action not shown on TV.

Set in 1987, we find ourselves in Japan in the Wakayama Prefecture, Goken’s Dojo. Goken (Akira Koieyama, Rush) has his two young students Ryu (Mike Moh, The Road Meets the Sun) and Ken masters (Christian Howard, Green Street 3: Never Back Down). Ryu has been at the dojo from a very young age, a mute foundling, but Ken was a wise ass kid who has been at the dojo for the past 7 years, brought to Gokens place of learning by his father (Mark Killeen, 300 Rise of an Empire) to learn discipline while he sorts out his business.

But now Ken is disillusioned as the training is just repetition after repetition and wants to leave the dojo. But Ryu only has the dojo and tries to persuade Ken not to leave, when Goken announces that it is time they take their training to the next level and that they will be leaving his dojo to travel to the place where he grew up under his master Gotetsu (Togo Igawa, 47 Ronin).

This film version of the TV series has 14 minutes of extra footage and we see the character flip back and forth through time as we flashback and see the origins of the characters and why they have become who they are now. 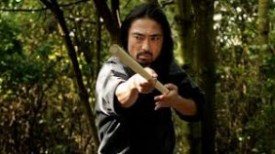 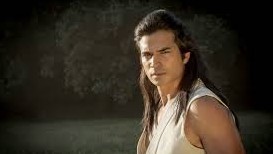 The younger Goken (Shogen, Uzumasa Limelight) has a brother Goki (Gaku Space, Default) and they under the tutelage of Gotetsu and they are being trained in the Satsui No Hado, the most deadly of the martial arts.

But Goki is impatient and wants to learn all there is even though his master forbids it, as it is deadly to the user. But he takes no head and this leads to conflict with his brother and his sensei.

After trying to kill his brother Goken, Goki is banished from the dojo and he heads off into the mountains to continue his training on his own even though it is having a severe effect on his body and mind.

Two years later what emerges from the cave is not Goki but Akuma (Joey Ansah, Attack the Block) the epitamy of the Dark Hado. 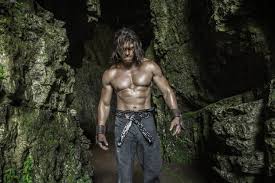 As in most films there can only be “One” Master and when there are brothers there are going to be fireworks of the Hado type.

This is a great start to something big as this is by far the best incarnation of the ever popular franchise that is Street Fighter.

Who will be the victor, the balance or the all out Hado user?

One can achieve Heaven!

Available to Order Now on DVD and Blu-ray.