3 stars, terrible film but great package for the horror enthusiast. 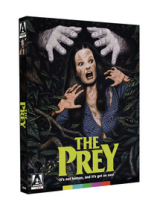 The Prey was originally released in 1984, although it was filmed between 1978 and 1980. It was written by Summer and Edwin Brown (Every Woman Has a Fantasy) who also directed.

It has been saved from V.H.S. obscurity enjoying a 2K restoration courtesy of Arrow Video.

“Well, I’m going to take a walk to the lake. If I’m not back in ten minutes, you come looking for me.”

The film opens in 1948 at The Northpoint, Keen Wild, where we see a terrible fire sweeping the landscape. Cut to 1980, and an older couple are sitting by a campfire at Northpoint enjoying some hot food. 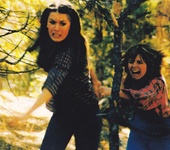 Mary (Connie Hunter) heads to the lake to wash the dishes, but something is lurking in the bushes. While she is away, her husband Frank (Ted Hayden – Favorite Son, The Soft Kill) has his axe taken from him and embedded in his head and shortly after she suffers a similar fate.

A few weeks later a group of teenagers are heading off to The Northpoint for a camping trip and a bit of shenanigans. When they arrive they are met by Mark O’Brien (Jackson Bostwick – Tron, Shazam!) of the Park Service, who warns them about the dangers of bears (but not crazed murderers), after which we are helpfully shown footage of a bear, just in case we are unfamiliar with them.

Immediately you can decide who you would like to die first, as Gail (Gayle Gannes – Barnaby Jones, Hot Moves) never stops bickering with boyfriend Greg (Philip Wenckus). 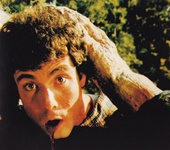 Also on the trip with them are Bobbie (Lori Lethin – The Day After, Bloody Birthday) and her boyfriend Skip (Robert Wald – Summer Camp) and the seeming leader of the group and voice of reason Nancy (Debbie Thureson) with her other half Joel (Steve Bond – Magdalene).

With an insane, badly burned gypsy on the hunt, will any of our teenagers make it to the end of the film?

The Prey is one of the weirdest horror films I’m ever seen, uncertain whether or not it would prefer to be a wildlife documentary. There is so much stock footage of animals that when the camera starts to pan you find yourself thinking “is something about to happen or are we looking for another millipede?” 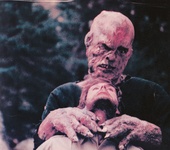 There is very little horror, very little dialogue and the special effects are really bad, as is the acting (if you could call it that). It’s unfortunate that the restoration, which is very good, really only serves to highlight how poor the makeup actually is.

Despite all it’s problems though, the story of this film and it’s evolution is very interesting and with three versions of the film as well as loads of special features, you are certainly getting value for money with this release.

“There’s nothing out here that could hurt you. It’s Greg here you need to worry about, I’ve heard it comes down to his knees.”

DISC ONE – US THEATRICAL CUT