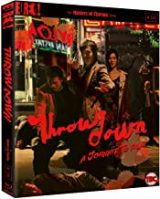 From seasoned director/producer Johnnie To (Election, Election 2, Mad Detective, Exiled) comes his judo tribute to Akira Kurosawa (Seven Samurai, The Hidden Fortress) ‘The Greatest Film Maker’. With this tale of a washed up ex-judo champion and those who want to see what this memorable champ still has in the tank. 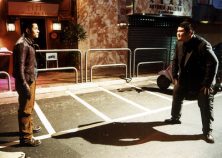 At AH, an after hours karaoke bar, the doorman ‘Fatty’ sits outside as a moped pulls 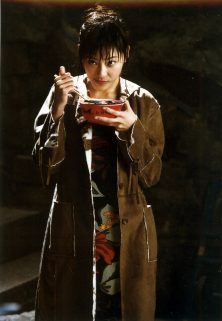 up and current Judo champion Tony (Aaron Kwok, After This Our Exile, City Under Siege, Silent Witness) goes into the bar before coming out again. He challenges the doorman that for $100 he can put the 6′ 2” and 320lbs doorman on the floor in one move. Bets on. With one move the doorman becomes the floorman and Tony is $100 better off. The reason why Tony walked into this bar is that it is owned by ex-Judo champion Sze-To Bo (Louis Koo, Flash Point, The Road Less Traveled, The White Storm) who disappeared from Judo competitions two years ago. 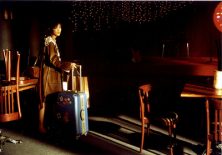 Meanwhile, across town aspiring singer Mona (Cherrie Ying (as Cherrie In), Fulltime Killer, Kung Fu Mahjong 2) is being thrown out of her flat for non-payment of her rent and her collateral is a fake ring, but she doesn’t seem that bothered. She also ends up at AH and auditions to be a singer for Bo.

Bo’s life in the last two years has been in a downward spiral of heavy drinking and gambling (which he is very bad at) and now that Tony has shown up it isn’t going to be any better as Tony won’t leave Bo until he gets to fight the Bo of old and as Mona needs a place to live she has attached herself to Bo.

To feed his gambling habit he uses Tony and Mona as decoys to steal mob boss
Brother Savage’s ( (Eddie Cheung as Cheung Siu Fai), Running on Karma, Exiled) protection money. You get the feeling, will Bo ever get any redemption?

Throw Down is about the Judo though and there is plenty of it to keep the martial arts fan happy in this quirky tale of trust and friendship and possibly love and respect.

Throw Down is available on Blu-ray