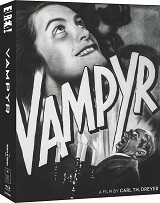 Originally released in 1932 and directed by Carl Th. Dreyer (Gertrud, Ordet), Vampyr has enjoyed a 2K restoration completed by the Danish Film Institute using materials from various European archives. It is unveiled for the first time to celebrate the film’s 90th anniversary.

It is presented here on Limited Edition Blu-Ray for the first time in the UK as part of the Masters of Cinema series #262 courtesy of Eureka Entertainment.

“Like a plague, the vampire’s lust infects the victim, who is torn between a thirst for blood and a desperate revulsion toward this craving.” 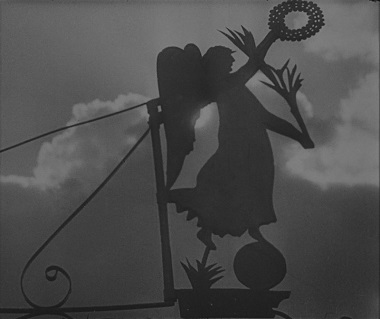 Allan Gray (Julian West) is a young man who has immersed himself in the study of devil worship and vampires. Obsessed by the occult, he wanders around with a huge net in search of strange goings on. One evening, his wandering leads him to a secluded inn by the river in a small village called Courtempierre. Straight away he can sense that something is amiss, a strange figure sits in a boat holding a scythe and everyone is very mysterious.

During the night, an old man (Maurice Schutz – The Passion of Joan of Arc) enters his room, says “She must not die. You understand?” and leaves behind him a parcel with “to be opened upon my death” ominously written on it.

The next day, while out walking, he follows some dancing shadows leading him to an old castle. Here he finds shadows operating on their own, a man with a wooden leg and a strange old lady. Walking further on he finds a manor house, owned by the man from his room. 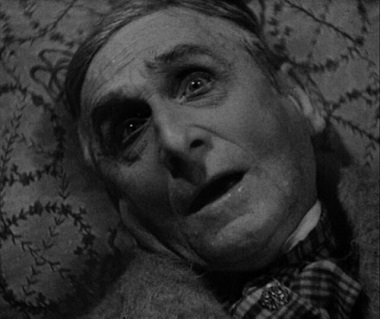 Here he lives with his two daughters, Léone (Sybille Schmitz – Titanic (1943)) and Gisèle (Rena Mandel). Léone is under the care of the local doctor, suffering from a mysterious ailment and bite wounds on the neck.

When the man is shot, Allen opens the package and finds a book on vampires. What has he got himself mixed up in? 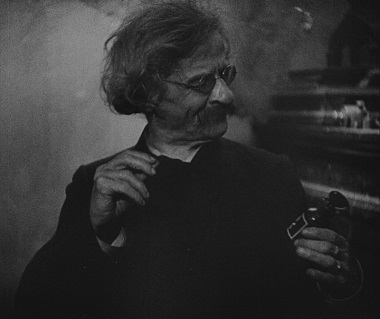 Vampyr is a very interesting film, with some amazing special effects (especially for the era) and some marvelous cinematography. Although originally not highly regarded, modern eyes view horror very differently and what seemed long winded now feels very atmospheric.

It’s exploration of the space between waking and dreaming is fascinating and discomforting and although some of the acting is atrocious it doesn’t really matter. 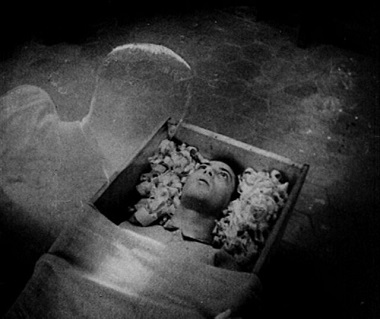 While this is not a silent film, it was Carl Th. Dreyer’s first foray into sound and there is a minimum of dialogue, still relying heavily on intertitles in order to convey the story. As a format, it actually works really well.

It’s a good story, very creepy and well worth adding to your collection if you’re a vampire enthusiast. See below for special features.

“Once the vampire has gained complete control over it’s victim, it seeks to drive the victim to suicide, thus delivering that soul to the Evil One.”

Vampyr is available to buy now on Limited Edition Blu-ray.