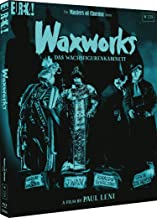 Waxworks is a German film originally released in 1924. It was written by Henrik Galeen (The Golem, Nosferatu) and directed by Paul Leni (The Man Who Laughs), his last German film before making the move to Hollywood.

It is presented here on Blu-ray from a 2K restoration for the first time in the UK as part of the Eureka Masters of Cinema series #239.

As there is no surviving original negative of ​Waxworks​, this newly restored edition—a joint effort by the Deutsche Kinemathek and Cineteca di Bologna, L’Immagine Ritrovata (with funding from the German Commission for Culture and the Media)—is composed of contemporary prints and additional film materials from archives around the world. 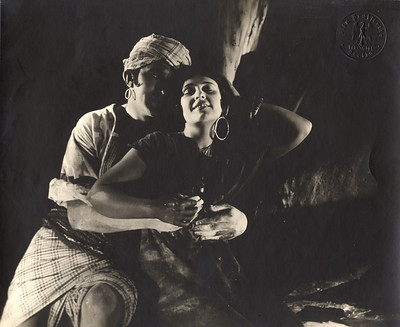 The elements, including English intertitles, were scanned in 4K resolution and then restored in 2K. Presented by The Masters of Cinema Series and Flicker Alley in a special Blu-ray edition, there is an option of two new scores to accompany the film: one by the Ensemble Musikfabrik (commissioned by ZDF/ARTE), and the second by composer Richard Siedhoff.

Each of the scores lends a very different feel to the film and it is well worth trying out both of them.

“Wanted – an imaginative writer for publicity work in a waxworks exhibition.” 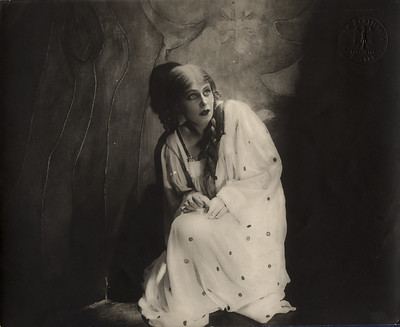 Waxworks is an anthology of three parts, each recounting a story created by our protagonist, the Poet (William Dieterle – Love Letters, Faust) who applies for a job at his local waxworks. Here he is given the task of writing the stories of three of the waxworks. These stories make up the three chapters. He writes each one to revolve around himself and the daughter of the waxworks proprietor, Eva (Olga Belajeff – Her Husband’s Wife).

The first story tells us of Haroun-al-Raschid, Caliph of Bagdad (Emil Jannings  – The Last Command) a man with a wife for every day of the year and his rivalry with the local baker (Dieterle) over his beautiful wife Maimune (Belajeff). 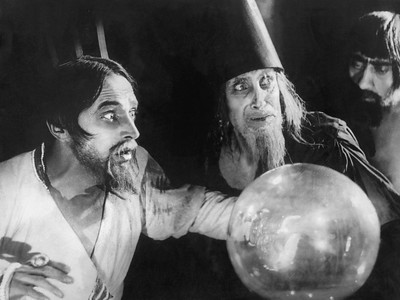 The second story tells us of Ivan the Terrible, Csar of all the Russians (Conrad Veidt – The Cabinet of Dr. Caligari), a blood crazed monster who turned cities into cemeteries. This time he attends the wedding of a nobleman’s son, the bridegroom our poet and the bride Eva.

The third and final part is very short and sweet and brings an excellent supernatural conclusion as we hear the story of Spring Heeled Jack, the most amazing character of all time a.k.a. Jack the Ripper (Werner Krauss – Paracelsus)

This is a really great restoration and so good that they are able to save these films for future generations to enjoy. It’s a fascinating story and even more interesting to see the way that all the different films are pieced together.

A must own for fans of classic German cinema.