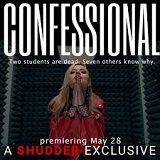 “Tell Your Truth or Face Your Consequences.”

The film opens with a statement ‘The following was screened as a part of the NSU Thesis film series. At this time, the filmmakers true identity remains a mystery  to both University staff and police.” 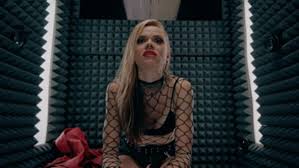 The story takes place on a University Campus and is confined to just two places, a camera in an undisclosed location and a dedicated sound-proofed filming booth set up in the old psych building. First we see film student Amelia Lincoln (Mia Xitlali – Max), who has set up a study to learn the truths of the people around her. Amelia tragically died from a drug overdose four days after filming, even though she had no history of drug abuse.

Next we see swimmer Zach Turner (Brandon Larracuente – Baywatch, Remember Me) opening up to the camera. He too died the same night as Amelia, drowning in the campus swimming pool despite his excellent skills. 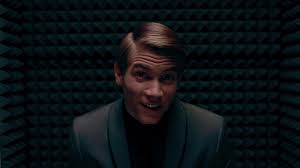 The University Campus reels from the two deaths and not long after, seven of the students who knew the Amelia and Zach the best in one way or another receive a text message requesting that they report to the booth.

These seven seemingly unrelated individuals are locked into the booth and told they may not leave until they confess. What secrets will be revealed about the deaths, themselves and the booth in which they are confined? 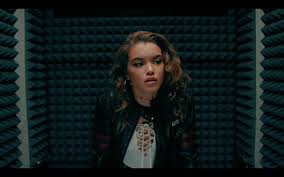 Confessional is a very enjoyable film, strangely compelling watching given the limited locations. The acting is excellent, very up close and personal and all the actors handle it well. The lighting is well used too, utilised to demonstrate the emotions of the person in control of the booth. There are several shocking and interesting twists in the tale too.

What really comes through in both the writing and the acting is the level of sheer bitterness and malice between all the characters, an excellent study in human nature and well worth a watch.

“I’ve set up a study that captures the people around me as they really are. The good, the bad. You can never really love someone unless you’ve seen both sides, I’ve seen both sides of her and now I must say goodbye.”