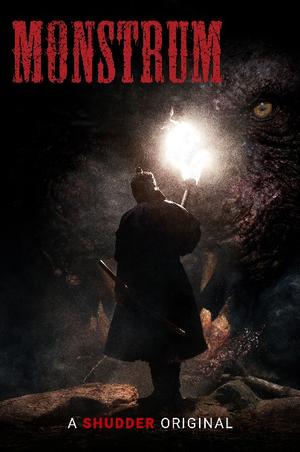 Monstrum is a South Korean period creature feature. Set during the Joseon Era, it is directed by Jong-ho Huh (Countdown). It was the Audience Award winner at the Sitges International Film Festival and is a Shudder original film.

“Disasters plague a nation that lacks leadership. Why do you think Monstrum appeared?” 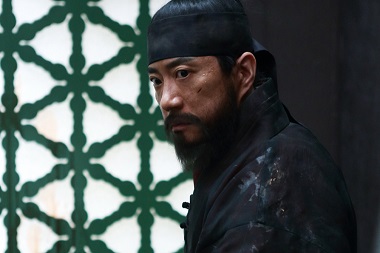 It is introduced as being based on historical events from the Annals of the Joseon Dynasty (although frankly that seems unlikely!). In the year 1506, the ruler Yeonsan is dethroned by an opposing faction and replaced by King Jungjong (Hee-soon Park – The Scam, Seven Days). However, the officials who put him in power turn against him and the nation is thrown into turmoil, with a terrible plague sweeping through the populace. 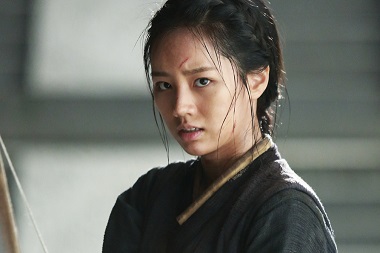 It is several years later, King Jungjong is still on the throne and with rumours now abounding of a strange and terrible creature roaming Mount Inwangsan, the people once again live in fear. All of this is stirred up by Prime Minister Sim Woon (Kyeong-yeong Lee – Inside Men, Pirates), who seeks political advantage and wishes to see the King removed. In order to determine the truth, the King decides to hire his own investigator to find whether Monstrum truly exists. 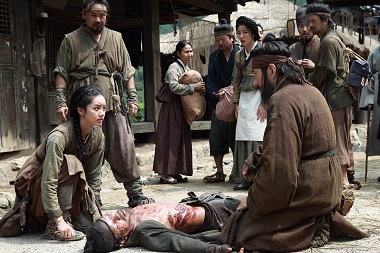 Far away from all of this lives Myung (Hyeri Lee – My Punch Drunk Boxer) a capable young woman who is constantly frustrated by the bungling hunting efforts of her father Yoon Gyeom (Myung-min Kim – Closer to Heaven, Sorum) and her Uncle Sung Han (In-kwon Kim – My Way, Tidal Wave).

Her life is turned upside down by the arrival of the dashing Heo (Woo-sik Choi – Parasite, Train to Busan), an emissary from King Jungjong, there to enlist the help of the former Commander of the Royal Guard, surprisingly her father Yoon Gyeom and his right hand man Sung Han. 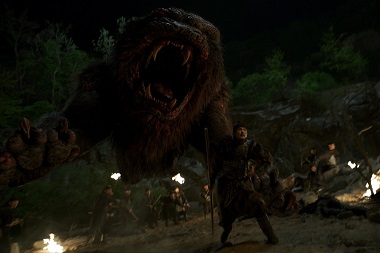 Still loyal to the King, he heads off with Myung, Sung Han, Heo and an army of one hundred disposable farmers and workers plus a few of Sim Woon’s Tiger Knights, to investigate the origins of these rumours and find out whether or not Monstrum is real.

Monstrum is a highly entertaining film to watch. The period setting adds an element of spice, with lavish settings and costumes and makes for an excellent story of political intrigue. It’s great to see a film of this genre backed up by an actual story yet without having to skimp on gore. 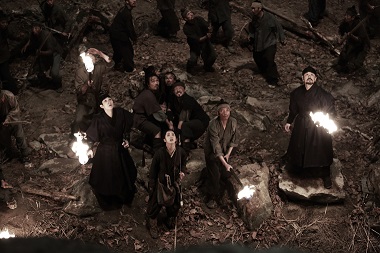 Most impressive of course is the plentiful action. There are lots of excellent martial arts sequences and most importantly many shots of the disturbing and impressive Monstrum. He’s big, scary, covered in bloody pus and does loads of munching of hapless human victims, all very satisfying. Well worth a watch.

“Stop lying. Those two couldn’t even slaughter a rabbit.”

Monstrum is available to stream now on Shudder.