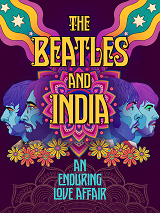 The Beatles and India is the feature debut of Ajoy Bose, co-directed by Pete Compton and produced by British Indian music entrepreneur Reynold D’Silva. It is inspired by Ajoy Bose’s book Across the Universe. It takes a look at this crucial period of the development of the Beatles from a fresh perspective.

“When I first heard Indian music, there was so much more in it compared to Jazz that I just couldn’t really believe that it was so, so great.” 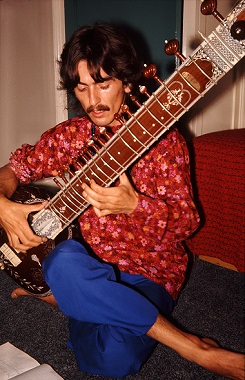 This comprehensive documentary explores the influence of Indian music on both the music and the lives of The Beatles, John Lennon, Paul McCartney, George Harrison and Ringo Starr. It starts out, as you might expect, in Liverpool and a young George Harrison, whose mother loved to listen to Indian music.

The music had some elements of Indian music to it prior to their even visiting India, with George using the sitar on Norwegian Wood, however it wasn’t until 1966 that they paid their first visit to India. This is when they discovered the Rikhi Ram music shop and purchased a variety of Indian instruments and also when they met Ravi Shankar for the first time. He would go on to train George in the art of sitar playing. 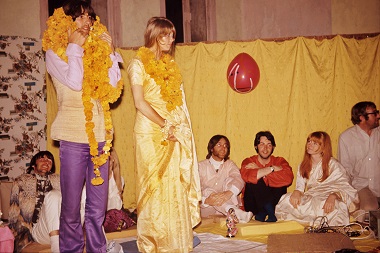 The real change came in 1968, when they heard about the Maharishi Mahesh Yogi, who was offering classes in transcendental meditation. At that time , the Beatles were seeking enlightenment, someone to act as a guru and he filled that role to perfection. This documentary explores the time that The Beatles spent in Rishikesh along with the far reaching effects that their visit would have not only on the band but also on the world.

“Beatlemania had ceased to be a phenomenon and seems to have become a way of life.”

The Beatles and India is a very interesting documentary and extremely well put together, featuring plenty of rare archive footage alongside and superimposed with modern footage of the places as they look now, mostly in a sad state of disarray. 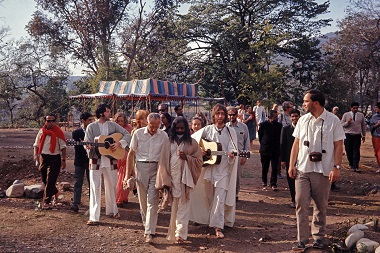 There are also lots of new interviews with the people who were there at the time, giving us a fresh look at the visit from an Indian perspective. At a time when The Beatles were trying to escape from Western culture, they were also taking it with them and influencing Indian culture themselves.

It’s quite easy to see why it won Best Film Audience Choice and Best Music in Tongues On Fire, the 2021 UK Asian Film Festival, where it premiered earlier this year. A really good film and an absolute watch for fans of The Beatles, packed with interesting new insights and stories.

“The Jets was really the first Beat band. It wasn’t so much rock music, but it was known as Beat music and the word Beat was not far from Beatle. We started to model our lives along the lines of what the Beatles were doing at that time.”

The Beatles and India will have it’s UK digital release on 4 October courtesy of 101 Films.

An accompanying album, Songs Inspired By The Film The Beatles And India performed by Indian artists and the score album will be released on Silva Screen Records on 29 October, along with a DVD and Blu-ray release of the film from Cherry Red.