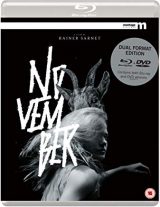 November is based on the novel Rehepapp ehk November by Andrus Kivirähk. It is written for the screen and directed by Rainer Sarnet (Where Souls Go, The Idiot). It is presented here with English subtitles courtesy of Eureka Video.

“You want work? Go make a ladder out of bread.” 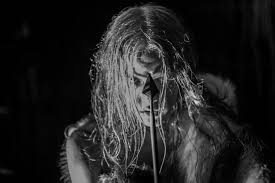 Liina (Rea Lest –  Mother) is a young peasant girl, living in squalor with her father Rein (Arvo Kukumägi – Killing Tartu) in a small village in the woods. Hers are a strange people, who live in constant fear of supernatural forces. They constantly steal from each other, squirrelling their treasure away under the floorboards. 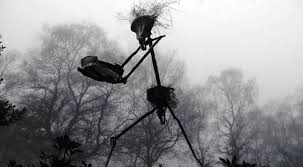 The people of the village also have an ongoing battle with the German occupants of the nearby manor, the Baron (Dieter Laser – The Human Centipede) and his wife, who live in relative luxury. Their servants Luise ( Katariina Unt – Somnambulance) and Ints (Taavi Eelmaa – Golden Beach) have made it their goal to steal as many of their belongings as possible. 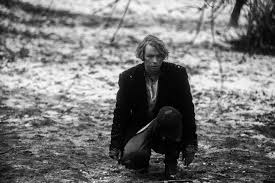 The village folk sell their souls to the devil in return for the animation of Kratts, servants made from bones, sticks and random household items and tools, although they are not above trying to trick him using currants. The Kratts help them to survive the harsh winters, as they are too lazy to work themselves.

Liina is in love with village boy Hans (Jörgen Liik – The Polar Boy), however his affections lie elsewhere. The daughter of the Baron is visiting from Germany and he is smitten by this beautiful Baroness (Jette Loona Hermanis), although it remains unrequited. 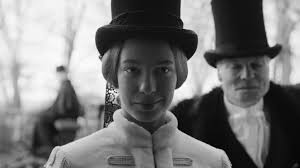 November is a truly magical film, although also horrifying in it’s way. The cinematography is stunning, the contrast between light and dark really enhances the atmosphere, as does the haunting soundtrack.

There is a lot of comedy, which is pretty dark too, but hilarious nevertheless, especially the villagers method of avoiding the plague by putting their trousers on their heads.

A most unusual and special film which is well worth adding to your collection.

“Take your pants off and put them on your head. The plague will think we have two arses and leave us alone”

November is available to buy now on Dual Format DVD and Blu-ray.