5 stars for this excellent adaptation of a classic tale. 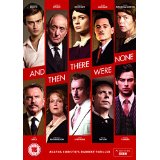 To celebrate Agatha Christie‘s 125th anniversary, the BBC have produced this brilliant adaptation of her highly acclaimed novel, And Then There Were None, one of the best selling crime novels of all time.

This new version really pulls out all the stops with a stellar cast and excellent production values, plus stunning location shots. 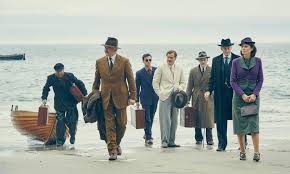 And Then There Were None is the original “So, I expect you’re wondering why I’ve gathered you all here today” story. Eight entirely unrelated complete strangers receive invitations from a Mr. and Mrs U. N Owen to attend a gathering on a remote island off the Devon coast, known as Soldier Island, the site of a magnificent but isolated mansion house.

Hired by the Owens to organise the gathering is Miss Vera Claythorne (Maeve Dermody – Black Water, Beautiful Kate), hired as a secretary despite her previous experience as a governess.

All tempted for their own reasons they each head off, to be met by Mr. Narracott (Christopher Hatherall – Brothers), who takes them to the island in his rowing boat.

Once there they are greeted by the decidedly odd house servants, Ethel Rodgers (Anna Maxwell Martin – Becoming Jane, Philomena) and her husband Thomas Roberts (Noah Taylor – Submarine, Edge of Tomorrow), who take them to the house to settle in. 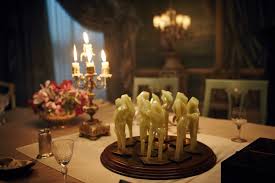 It is over dinner when suspicions begin to set in, there is discussion as to the meaning of the little statues on the table and at the end of the meal, sure enough, a recording is played, accusing each of the guests of a murder. Of course they all deny it, but if that is the case then why are they there?

It soon becomes apparent that they will not be meeting their hosts, and Mr Narracott has no intention of returning. When they begin to die one at a time in accordance with the poem 10 Little Soldier Boys, of which there is a copy in every room, they realise that one of them is a murderer and they are in serious trouble. 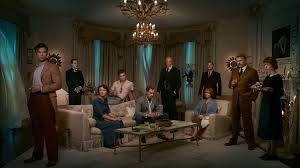 This a very clever story and made even better in this case by brilliant acting. All of the characters are beautifully played, with stand out performances from Charles Dance (Game of Thrones, The Imitation Game) as Judge Lawrence Wargrave, Toby Stephens (Die Another Day, The Machine) as Dr Edward Armstrong and Burn Gorman (The Dark Knight Rises, Pacific Rim) as Detective Sergeant William Blore.

Even if you know the story, it is still worth watching this adaptation of it. It has you on the edge of your seat right to the very end. If you don’t already know how it ends, well then you are in for a real treat.

“We can’t see the harbour from here. Which means they can’t see us. We are cut off. Rats in a barrell. This is the peace before the carnage.”