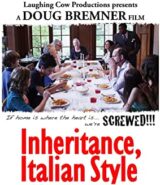 Multi-talented Doug Bremner he is a professor, physician, researcher, then he thought I’ll also be a writer and director, so he and his wife set up ‘Laughing Cow Productions,’ and this is their first foray into feature film making. Support independent film.

The Parlazzi family are a well established Sicilian family around the area of Catania. The family has five daughters, three of them have flown the coop to become successful businesswomen. Tristana Parlazzi (T.J. Sanson, Emma!, A Complicated Romance) has remained at home due to her state of mind, and her gardener obsessed sister Duplecia Parlazzi (Concetta DeLuco, Street Villains (Short)) enjoys things that come from mother Earths Gia.

and the Restless (TV Series)), and her husband Aboyance Ratar (Bill Neenan, Topsy-Turvy, The Longest Ride) the stuck up antiquities’ dealer, plus their young wayward son Jason (Joshua D. Safran, Curveball), and his precocious teenage sister Isabella (Diane Shepherd, Uncanny X-Men (TV Series)). Finally, there is Seconda (Zoe Myers, Destiny Road, Anchorman 2: The Legend Continues) another successful businesswoman, and her husband Lucky (Ismail Ibn Conner, Exoes of Silence (TV Mini Series)) who has had to remain in Atlanta on an urgent matter.

Apart from the maid, the cook, the chauffeur, the nanny and the gardener, I never had any help.

Throw in a big house filled with things to inherit, and a mother Mallatta (Dawn Campion, Mnemosyne) and father Professor Rigortortis (Michael Scimeca, Dysfunctional 2014), a devoted gardener Albangzo (Timothy Perez-Ross, Andy’s Rainbow), and a mistress Melona (Allie O’Neill, Ghost Witch, Lumber Baron of Jasper County (TV Series)), you know there are going to be sparks and other things going on as personalities clash and emotions are turned on. Inheritance, Italian Style, is like your favourite afternoon soap, but in a feature film length. And where the heck is Chi Chi. This is full tongue in cheek farce and as a first film this is a great start for such an ambitious first time project. Comedy fans of old style humour should love this film. Tell me why it is always the kids that speak the most wisdom?

Preventing the extinction of my family in Sicily is more important than having a fling with you. 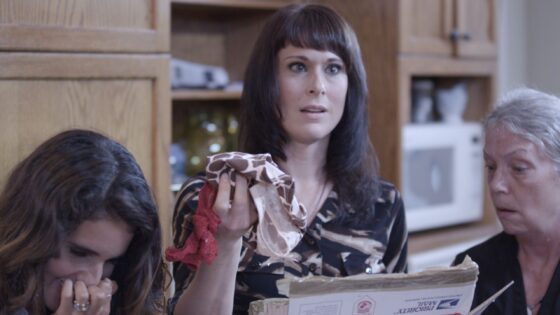