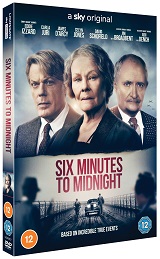 Six Minutes To Midnight is a British spy thriller, written by Eddie Izzard (Oceans Thirteen, The Avengers) who also stars and Celyn Jones (The Vanishing), with a screenplay by Andy Goddard (Torchwood, Carnival Row) who also directs.

It is a fictional story based around an actual location, taking place just a few days before the beginning of the second world war.

“So what brings you here Mr. Miller? What sort of Englishman would accept a post teaching Herr Hitler’s league of German girls?” 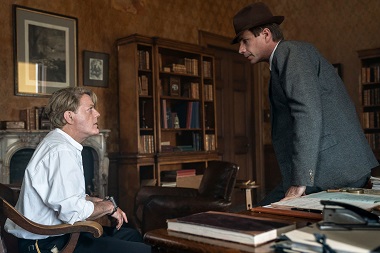 Mr. Miller (Eddie Izzard) is on the face of it an English teacher, nervously applying for a new position in a school. The school in question is the Augusta  Victoria College for girls in Bexhill-on-Sea, a finishing school for the daughters of the Nazi elite, designed to forge an alliance between England and Germany. 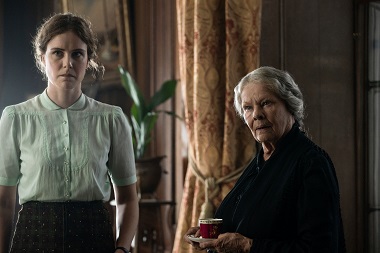 Headmistress Miss Rocholl (Judy Dench – Skyfall, Red Joan) decides to give him a shot, he’s half German, seems keen on the job and can even play the piano. Little does she know that Mr. Miller is actually working for British Intelligence, here to investigate the mysterious disappearance of his predecessor Mr. Wheatley (Nigel Lindsay – Four Lions, Alan Partridge).

He soon settles in, getting on well with his pupils, although the other teachers remain suspicious. He quickly realises that their presence in the town is barely tolerated by the locals, especially with rumours of war on the wind. On their morning swim, insisted upon by German teacher Ilse (Carla Juri – Blade Runner 2049) they discover the body of Mr. Wheatley on the beach.

Aware of the impending war, as Germany close in on Poland, both sides seem determined to use this group of very important school girls for their own selfish gains. Can Mr. Miller keep them from coming to harm? 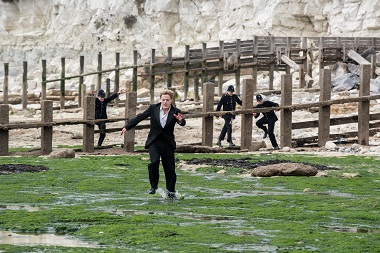 Story wise it gets a bit over excited in places, but there’s lots of action, chases and general spy stuff which is all great fun to watch. The acting is as good as you would expect and the script works well too. All in all, this is a good film and well worth adding to your collection.

“England can be an unforgiving place if you happen to be German, as I’m sure you know, Mr. Miller.”