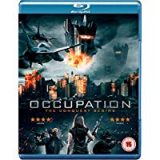 Occupation is written and directed by Luke Sparke (Red Billabong) and brings together the best acting talent Australia has to offer.

“Come with me if you wanna live. Always wanted to say that!”

Occupation takes place in a small backwoods town in Australia, which is struggling due to its local industry closing down. Their world is turned upside down one day during a charity football match and fayre, when they are attacked by a scary alien groundforce and flying crafts with proper traditional ray guns. 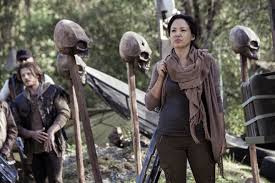 Peter Bartlett (Temuera Morrison – Aquaman, Star Wars Episode II – Attack of the Clones), a recently released convict, is traveling through town with his wife, son and daughter Bella (Izzy Stevens – Puberty Blues, Underbelly) when the attack begins and they find themselves heading off in their camper van with several local survivors to look for a hiding place. 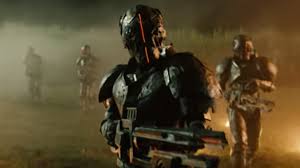 The only people from their town not enslaved or killed, they band together to form an unlikely resistance movement against the alien forces.

Occupation is a very enjoyable film, with some excellent acting performances and very good special effects. There’s plenty of action and a fantastic score by Christopher Elves (The Last Reel) which sets the scene really well. The aliens are genuinely scary and the ships are really cool. It is a little bit old school and the story doesn’t really make sense in places, but I quite like the idea of small town Australia saving the world. It feels like a sci-fi epic in every way and is a must watch for fans of the genre.

“An occupying force can be brought to its knees, if you have the will and the drive to fight. I just never thought that we’d be the ones occupied.”

Occupation is available to buy now on DVD and Blu-ray.