4 stars for this quirky and slightly disturbing romantic comedy. 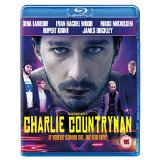 The Necessary Death Of Charlie Countryman is written by Matt Drake (Project X) and directed by Fredrik Bond, his first major feature film.

Charlie Countryman (Shia LaBeouf – Transformers, Fury) is a young American, struggling to find his path in life. After the death of his mother Kate (Melissa Leo – Oblivion, Prisoners) she appears to him in a vision and tells him that he should go to Bucharest, the capital of Romania. 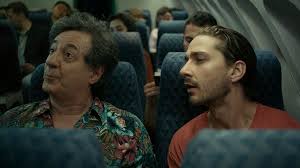 Having no other particular plans, he decides to do so.  A chance encounter with a man named Victor on the plane on the way there leads to him agreeing to deliver a package to his daughter Gabi (Evan Rachel Wood – The Wrestler, Across The Universe), after Victor dies on the flight. Even though the circumstances are tragic he is immediately taken with Gabi and resolves to get to know her better. 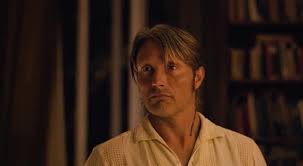 Following a series of cringe-worthy (and rather black) comedy moments, they begin to form a bond and he starts to learn more about her. After taking her back to the opera house where she is a cellist, he runs into her estranged husband Nigel (Mads Mikkelsen – Hannibal, Unit One). Fearing for his safety, she directs him to the Marco Polo Youth Hostel to find accommodation and to get him away from Nigel.

The Youth Hostel is a real eye opener for him, things are very different in Romania and he wastes no time in getting down to partying with his new roommates Karl (Rupert Grint – Harry Potter, Thunderpants) and Luc (James Buckley – The Inbetweeners). 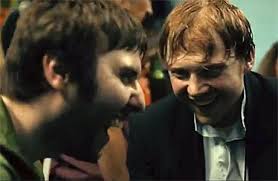 However a series of drug related mishaps lead to their getting into trouble in one of the clubs, and when the owner Darko (Til Schweiger – Inglourious Basterds) finds out that he knows Gabi and Nigel, things get a whole lot more interesting.

It soon becomes apparent that he may well have bitten off more than he can chew, but his passion for Gabi overwhelms everything else and he is determined to win her over whatever the cost. 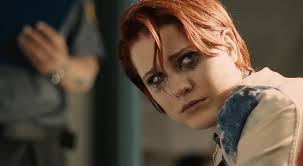 The Necessary Death Of Charlie Countryman is a very interesting film, completely unlike anything I have seen before. It’s almost impossible to draw comparisons, but the performances are excellent all round and it is certainly gripping, edge of the seat excitement right the way through.

It is undoubtedly a strange idea for a story and parts are very surreal, but the comedy is effective if a little dark in places and the story-line is enjoyable and keeps you engaged.

This will make an excellent addition to any DVD/Blu-ray collection and I would recommend it for an entertaining night in front of your TV.

” Enjoy your new mates and your recreational drugs and the rest of it while you can. God knows it can all turn into blood in a blink of an eye. “