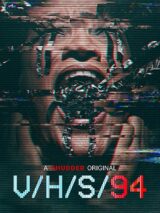 V/H/S/94 is an American horror film released in 2021 and is the fourth film  in the popular V/H/S franchise. It takes the form of five short stories, each written and directed by a different person and each gloriously blood soaked in it’s own way. Following it’s success at Fantastic Fest 2021 it will be available to stream on Shudder from 6th October 2021.

“You might not realise it yet, but you are witnessing the start of a new era. Only the righteous shall rise.” 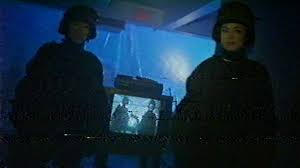 Opening the film and reprising several times throughout is the segment “Holy Hell“, written and directed by Jennifer Reeder (Knives and Skin)  This tells us the story of a SWAT team storming a warehouse on a drug raid, only to find a gruesome scene within. Room after room of dead bodies are seated in front of VHS players with their eyes gouged out and horrifying videos being played, along with a mysterious woman speaking over an intercom. This is a weaker section of the film, but it does serve to tie the other parts together. 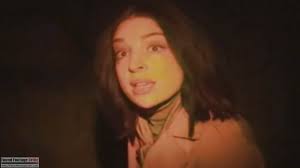 Swooping into one of the television screens we see the next segment “Storm Drain“, written and directed by Chloe Okuno. This is the dark tale, captured by a cameraman and news reporter from Channel 6, of a local legend “The Ratman”. This mysterious creature is believed to roam the sewers, however when reporting the story Holly and Geoff find far more than they bargained for. This segment has an excellent poor quality nineties feel to the filming, as per the film’s title. 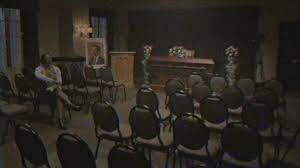 Next up we have “The Empty Wake“, written and directed by Simon Barrett and another very nineties feeling video in which we see the hapless Hayley supervising an overnight wake in a funeral home on her own. With no-one showing up, she grows increasingly  paranoid until eventually her worst nightmares are proved correct in hilarious and very messy fashion. 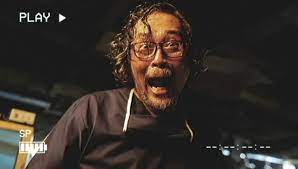 The most bloody and out there segment is up next, “The Subject” written and directed by Timo Tjahjanto (May the Devil Take You Too, V/H/S/2). This is the bloody cautionary tale of a mad scientist’s attempts to fuse human flesh with mechanical devices. Unfortunately for all concerned, his human subjects are not consenting and as the SWAT team sent in to arrest him soon discover, they are pretty angry about it. Although very entertaining, this segment has a crystal clear HD feel about it which makes it clear that the director either didn’t understand the concept or chose to ignore it. 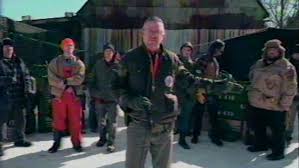 Last and definitely least we have “The Terror“, written and directed by Ryan Prows (Low Life), in which we see a group of white supremacists preparing to launch an attack on a Federal building. Despite the entertaining weaponizing of small furry animals using supernatural means, this basically feels like a shot across the bows of American politics. It’s gory enough but I doubt many people will have much patience for it.

All in all this is a very entertaining film to watch, taken as a whole it works very well. It is by no means as scary as the first two films, but it doesn’t take itself too seriously and the comedy allows for some brilliant and blood drenched sequences. Not skimping on the gore, it’s action packed and has a distinctly video game vibe throughout, great fun and well worth a watch.

“Well gentlemen, this is where we roll in and we detonate the abomination.”