3 star eighties horror in a jar. 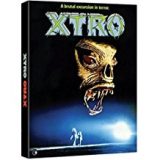 Xtro was originally released in 1982 and is written and directed by Harry Bromley Davenport (Erasable You, Mockingbird Don’t Sing). It is presented here on Blu-ray as a limited edition box set with lots of special features and collector’s packaging.

Xtro is a very typical if not altogether brilliant example of early eighties British horror film making. Sam Phillips (Philip Sayer – Slayground, Shanghai Surprise) is out walking one night with his young son Tony (Simon Nash – Brazil, Birds of a Feather) when he is abducted by a bright light and disappears. 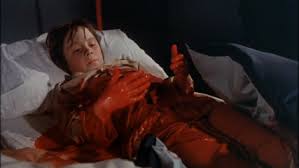 It is now three years later and Tony still has nightmares about that night and wakes up covered with blood that is now his own. His mother Rachel (Bernice Stegers – Four Weddings and a Funeral) and her new boyfriend Joe (Danny Brainin – Water, Yentl) are surprisingly dismissive of this but he has a friend in the form of his pet snake and his French au-pair Analise.

Cut to a random location and the light is back. It plants a seed which grows into a strange alien creature, which then proceeds to a nearby cottage and impregnates the woman who lives there. Following an extremely fast and somewhat gory pregnancy, she gives birth to a fully grown and slightly slimy version of Sam.

He heads straight to Tony’s school to pick him up and wants to move in with the family, much to the disgust of Rachel and Joe, who are hoping to marry. However all is not as it seems and soon their lives will be turned upside down by the arrival of this alien in their nest. 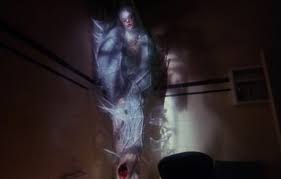 Xtro is a strange film. It’s obviously low budget and the special effects, although not really very good are certainly gory and probably have the desired effect. The script is nothing to write home about but the acting isn’t bad. It doesn’t really have a storyline either, it’s mostly just an excuse for lots of perverse and gory moments, much like many films of its era.

All in all, not a bad watch and if you like that kind of thing then this is certainly a decent package.