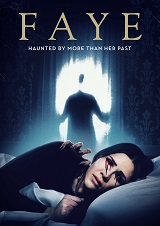 Faye is a 2022 independent American horror film, written by Sarah Zanotti (Rattled) who also plays the only character we see in the film and Kd Amond (Five Women in the End), who also directs.

It will premiere on UK Digital on 9th May 2022 courtesy of Reel 2 Reel Films.

“Do you want me to kill them? No, that’s, don’t ever kill anyone, that’s not funny. Fifi has had too much juice. Don’t tell your Dad I said that okay?” 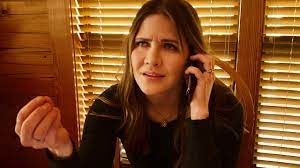 Faye L. Ryan (Zanotti) is a best selling self help author who is struggling with her own issues. She was involved in a massive car crash in which her husband was killed and she was left badly scarred. She has been seeing a therapist, who advised her to talk to her dead husband, but has now decided she needs to move on.

With her compassionate leave over, she is coming under pressure from her agent Emory (Corri English – Holliston, Devil May Call) to produce some new work. She has also been neglecting her followers on social media. To help her try to get back on track, Emory arranges for her to spend a week at a cabin in Louisiana, on the Bayou. 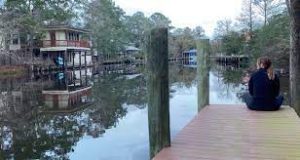 It is a beautiful place, peaceful except for the building work next door, but peace is the last thing that Faye is finding here. The cabin is well stocked with wine and Jack Daniels and while she appears to her followers to be making great progress, the reality is anything but.

With plenty of her own demons to battle, it would appear that this picturesque little cabin has a few of it’s own to throw into the mix.

“You know what’s funny? I’ve always been advised by people in the industry to be authentic. To share my truth.”

Faye is an extremely well written film. It is very difficult to pull off anything which only features one character as the burden of performance sits firmly on that one person’s shoulders, but Sarah Zanotti carries it off brilliantly. 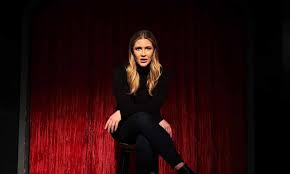 We hear some other voices over the telephone, Emory and her mother (Kd Amond) but that just enhances the sense of how alone she actually is. As well as being a really good horror with some very effective jump scares, it also takes a long hard look at the realities of grief, loss and survivors guilt. It also serves up a pretty brutal take down of influencer culture.

An excellent film, well acted, cleverly put together and definitely worth a watch.

“I just wanted to scream at people ‘surviving isn’t fun’. Like, honestly, I’d rather be the one that gets murdered.” 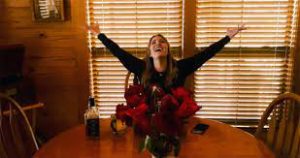 Faye is available on UK Digital Platforms from 9th May 2022.