Who Do We Think We Are?

Once again Jon-Paul Gates (Brexit: the Will of the People, Ghosts, Love on Demand) takes to the multi-cultural streets of London UK. This time he is asking the burning questions of racism and how it affects the day-to-day life of those in our capital city and further afield.

With history telling us that slavery was abolished in 1865 and Apartheid ended in 1994, why is that racism still exists in open society and within the workplace in the 21st Century?

Taking the views of a cross section of the inhabitants of the Capital (the 20-30’s) about topics such as ‘what is racism?’, ‘is racism on the rise?’, ‘racism in the office’, ‘does the media fan the flames?’ and ‘extremism’ and we look forward to more. 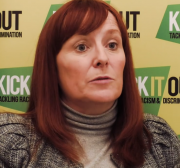 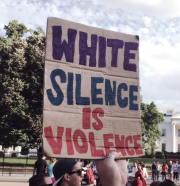 Jon-Paul in his inimitable style manages to get someone from the front line, on the fight against racism to talk extensively on the subject, as in Roisin Wood the CEO of Kick it Out, the 25 year old charity aimed at ridding football around the World of racism.

As usual Jon-Paul presents a concise documentary on the subject matter at hand and we look forward to more.

The Color of Your Skin is available on Amazon