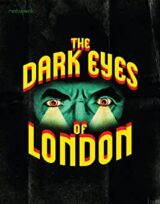 Based on the novel of the same name by writer/screenplay write Edgar Wallace (King Kong, Death Drums Along the River) and given life by director Walter Summers (McGlusky the Sea Rover, Raise the Roof) who directs the screen legend Bela Lugosi (Bela Lugosi in Edgar Allan Poe Trilogy, Dracula, The Black Cat) as the insane doctor who has a penchant for other peoples money, in this British horror that has the honour of being the first UK film to have the BBFC classification of H (for Horrific). 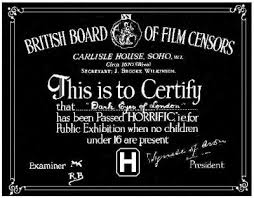 The “Old Smoke” dark and grimy as smog clings to the cold dark waters of the mighty River Thames, and foul things have been happening in the past

eight months. Dead bodies, five of them to be precise, and this has got the Criminal Investigation Department at Scotland Yard in a sticky situation as it seems they are doing very little to come up with a reason for these untimely deaths and the insurance companies want more done. 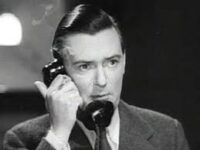 Det. Insp. Larry Holt (Hugh Williams, Wuthering Heights, Dead Men Tell No Tales) to get to the bottom of this epidemic. Also, there is an extradition prisoner Fred Grogan (Alexander Field, Dick Turpin, Undercover Girl) to pick up, and he is accompanied by police Lieutenant Patrick O’Reilly (Edmon Ryan, Tora! Tora! Tora!, Go Man Go). Holt is given this assignment, so the American doesn’t learn anything about Scotland Yard’s antiquated techniques. 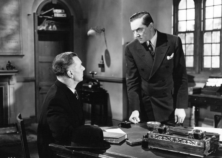 Meanwhile, at the Greenwich Insurance Company proprietor Dr. Feodor Orloff (Bela Lugosi) is lending £2000 to inventor Henry Stuart (Gerald Pring, The Nut), he only has to sign that he will pay him back, to get the money. I wanted to devote my life to helping others, I wanted to be a doctor, but…

Brilliant but unbalanced… That was the verdict.

I now serve the blind. Mr Dearborn runs the home for the destitute blind, I help with their medical needs and find funds for the home. Dr Orloff suggests that Stuart go visit the home and see how the charity works. With staring eyes, Orloff tells Stuart to go there tomorrow night. I will.

Orloff calls his secretary (Julie Suedo, The Dance of Death) in and tells her that Grogan is arriving tomorrow and that she is to arrange his bail. While Dumb Lou (Arthur E. Owen, Mrs. Pym of Scotland Yard) plays his violin outside the window, Orloff types on a Stainsby Braille writer then throws the note to Lou outside and then Lou departs just before inspector Holt arrives at Orloff’s office. He is looking into all the local insurance brokers in the area. It turns out a few of his clients have ended up in the Thames, but it is all above board, and not untoward. 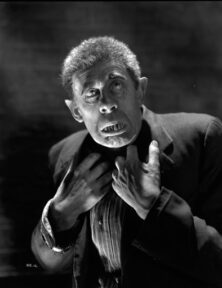 Dumb Lou makes it to Dearborn’s home for the blind, this is our first sight of the human monster that is Jake (Wilfred Walter, Convict 99, A Window in London)

who is best friends with Lou. We meet Mr Dearborn who is also blind. But he takes good care of all his wards.

Lou passes the Braille note over to Jake, he reads it and grunts in understanding. 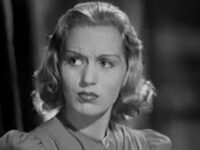 Mr Stuart visits the home, but Mr Dearborn has been called away on an erand of mercy so Orloff will show him around, he is impressed, and he tells Orloff that his daughter Diana (Greta Gynt, Take My Life, The Ringer) would love to see the home. Orloff is shocked to find out that he has relatives. But he seems to shrug it off. Come see our medical facility.

Things come to a head when reports of another body has washed up, and Holt rushes to the crime scene. It is Mr Stuart, did he commit suicide or is foul play the reason for his demise? Holt has a real case on his hands, and he will come face to face with Stuarts daughter. Epic.

The Dark Eyes of London is a quintessential British film with a dash of Hollywood thrown in for good measure. It’s dark, it’s brooding and oozing horror. Love it. 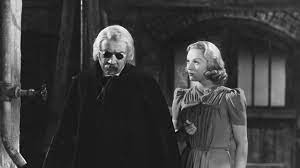