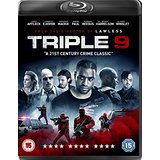 From a Director that is more used to doing Video shorts John Hillcoat (Nick Cave and the Bad Seeds: Jubilee Street) brings us an intense ride through the seedy underworld of the Russian Mafia, dirty Cops and what a wife would do to get her husband back. 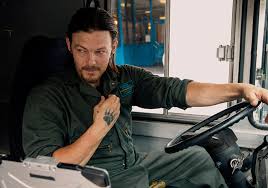 It’s dark and we are in a car talking about a job they have to do, but they don’t have enough men, they do however know a couple of guys so the job is on in a couple of weeks. Atlanta, Georgia U.S. The First City Bank, 3rd and Peachtree.

Russell Welch (Norman Reedus, Blade II) is calling the backup as the  main group hit the bank, going in with a warning shot then finding the manager and showing him pictures of his home and family. He is reluctant but obviously he does what they say and opens up a specific safety deposit box. Whilst waiting for the box to be opened one of the robbers notices a big bundle of cash on a trolley, so he helps himself to a few grand. 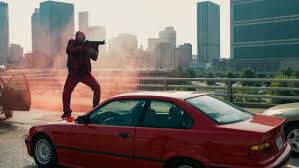 With Russell keeping an eye and and ear on the police for the three minute response time, he co-ordinates their escape. All is going well until the dye pack in the cash gets far enough away from the bank that it explodes, filling the car and covering everybody in red dye. They need to  swap vehicles, so they do a bit of creative acquiring of a vehicle and make their escape.

They arrive at their get away point and we see who is under the masks, Michael Atwood (Chiwetel Ejiofor, 12 Years a Slave) leader and ex-military, Marcus Belmont, (Anthony Mackie, The Adjustment Bureau) cop, Russell Welch ex-military as well, Franco Rodriguez, (Clifton Collins Jr., Transcendence)  homicide and Gabe Welch (Aaron Paul, Need for Speed), Russell’s brother. Michael tells them that he will be in touch in three days time to divvy out the money after he has seen their Russian

They dispense with the hijacked car and go about their business and Marcus turns up at the station late (again) to find out that he has a new partner in Chris Allen (Casey Affleck, Interstellar) from zone 2, which everybody has a laugh at. 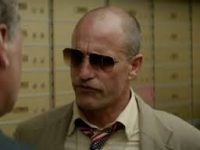 him to America. Meanwhile Detective Jeffrey Allen (Woody Harrelson, The Hunger Games: Mockingjay – Part 1) is on the case and soon works out that those who did the robbery were not the suspected people but that they had tactical training and starts to investigate as his nephew Chris goes about his business with his partner Marcus.

Irana is in cahoots with the FBI and that isn’t any good for any bent cops, but they are the ones that find out the whereabouts of the missing files she needs.

She sends a powerful message to Michael that he should do this job for her, and he cannot refuse as she has a powerful hold over him, so he must find a way to get his ten minute window to complete the job and that’s where the police come in handy. But this decision does not sit well with everybody.

A great twist on the genre, with many twists and turns, loyalties won and hopes dashed.  A great addition to your crime and drama collection. 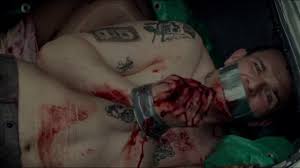