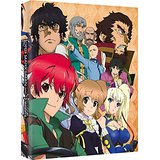 Produced by Satelight and written and directed by Tatsuo Satō (Ninja Scroll: The Series) this has now been given the Funimation treatment and they bring us a tale of growing up, responsibility, death and war.

Set during a civil war in an alternate Europe, a Brunish Count Tigrevurmud Vorn stands a lone survivor of a twenty-five thousand strong army that has been obliterated by the Leitmeritz war maiden Eleonora Viltaria and her 5,000 troops. Her superior skills on the battlefield have won her victory, but Tigrevurmud spies her and her escort across the the blooded ground. He pulls up his trusty bow and takes down the lead two horses and 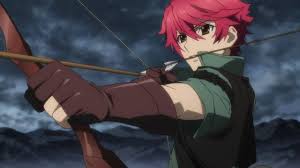 takes aim on the war maiden who charges him. He fires but she manages cut the arrows out of the air. She comes up in front of him, her sword Arifar brandished, takes him prisoner and takes him back to Leitmeritz, demanding that a ridiculous ransom to be paid within fifty days or he will remain with her.

Tigre’s sleep is troubled as he remembers the events before the battle at the hands of Zion Thenardier, the son of Duke Felix Aaron, as he ridicules him for wearing leather and carrying a bow, hardly the fitting attire for a Count, he should be in armour and wielding a sword. He is rudely awoken by Limalisha, Elen’s colleague and bodyguard who puts the end of her sword in his mouth to wake him. Secretly Elen admires Tigre’s skill with the bow as it was at such a great distance that he has shot Lim’s horse from under her. 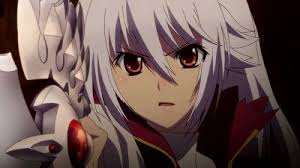 to see if it was luck or skill. In the training ground he shoots two arrows wildly out of the arena, as the bow is of inferior quality, deliberately so by Ryurik to  embarrass him in front of the war maiden. Something high up on the wall distracts him and he quickly recognises it as an assassin, he manages to shout out a warning as the assailant fires a bolt. He flees and Tigre says he can stop him, but his quarry is over three hundred alsins (meters) away. He raises his bow and fires high up in the air and when it falls it hits the assassin in the foot, an amazing feat of skill especially with the inferior bow. Elen offers Tigre a position in her court but he declines because he has a responsibility to the people and land of Alsace, his home town.

This disappoints Elen but she respects his loyalty to his people and allows him to keep his rank of Count and he gets used to life in Leitmeritz even giving demonstrations of his skill to the Leitmeritz  troops.

All this changes when Bertrand, Tigre’s loyal servant turns up at court and tells him that because of his absence and the death of the Prince on the battlefield, Thenardier is mobilizing his troops towards Alsace and sending his son Zion to do it with his three thousand troops. Tigre must return and stop this tyrannical family from usurping the country. So in the heat of the moment he strikes a bargain with Elen to use her troops to save his town. 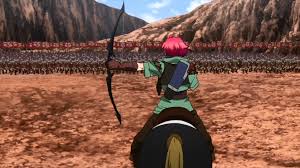 Tigre, Elen and Lim have to save the lands of Brune from many an enemy that see this fertile land as a potential boon to their lands, so our merry band must fight many an enemy and fearsome dragons to save the people of his lands, see how Tigre grows and gets to brandish his family heirloom the Black Bow.

With great graphics and animation this is a great tale of “do you have the mettle to see you through to the bitter end Tigre?” And a handy narrator to tell you how the battles pan out.