5 stars for the long awaited conclusion to this classic anime series. 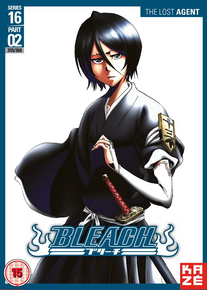 Directed by Noriyuki Abe, Series 16 Part 2 finishes the The Lost Substitute Shinigami arc and the Tale of the Lost Agent and comprises episodes 355-366. Ichigo and the rest of the gang are back for one last installment and there are plenty of revelations to be had.

Ichigo is still inside Yukio’s fullbring “Invaders Must Die”, locked in battle with Kūgo in an attempt to fully bring out his Fullbring power. Orihime is in there with him in order to heal him whenever required, however Yukio has her locked up so she can’t otherwise intervene. 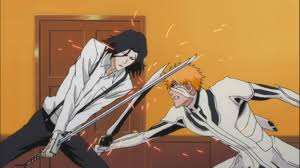 In the meantime, the rest of Xcution are preparing themselves for what will be the final showdown, when they are to take on their former member Tsukishima and his terrifying Fullbring power, The Book of the End, which takes the form of a sword. When cut by the blade, there is no visible wound. However, Kūgo is beginning to suspect that he can in fact manipulate time, as people around Ichigo seem to think they know Tsukishima, and even view him as a friend. 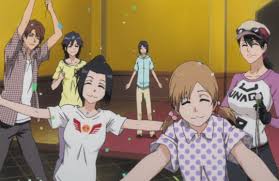 This will be the battle to end all battles,with Ichigo’s newly formed powers merging with his soul reaper powers to hopefully give him the strength he needs to defeat Tsukishima. When he returns to his family only to find Tsukishima already there with them, he realises this will be far more difficult than he thought. 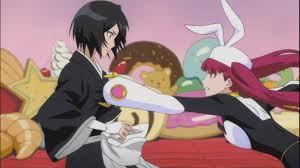 In this series, we also see the return of the Shinigami to Ichigo’s world after 17 months of no contact whatsoever, and there are lots of surprises in store both for Ichigo and for diehard Bleach fans. Obviously if you have been following Bleach then you will want to own this. If you haven’t then this is definitely not the place to start!

Brilliant, wraps the story up nicely and relatively satisfying, a must own. It is a shame, but they knew it was coming and acted accordingly. Now we just have to wait and see whether they decide to finish the story off once the Manga is done. Fingers crossed.

“If a soul reaper is deemed beneficial to the soul society it is customary to entrust them with a combat pass.”

Bleach Series 16 Part 2 is available to buy now on DVD.