5 stars for this glossy and exciting anime adventure. 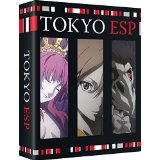 Tokyo ESP is based on the Manga series written by Hajime Segawa and was adapted into anime by studio Xebec (Space Battleship Yamato 2199). It is directed by Shigehito Takayanagi.

It is available both in the original Japanese with English subtitles or dubbed into English by Funimation.

Tokyo ESP tells us the story of Rinka Urushiba (Sarah Wiedenheft), a schoolgirl who lives with her father in relatively poor conditions and works as a waitress to help out with the bills. 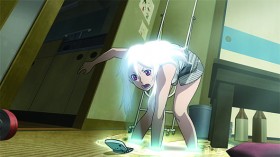 One day her life is changed completely when she sees a flying penguin and a shoal of flying fish. She falls unconscious, only to find when she awakens that she can pass through solid material. Her father Rindou (Bryan Massey – Baccano!) has also developed a rather unfortunate skill, he is magnetic.

Luckily there is a fellow “Esper” around to help out, Kyotaro Azuma (Adam Dahlberg). He has also developed an ability, he can teleport, which comes in pretty handy on occasion.

It soon becomes apparent that there are other Espers who are intent on using their powers for evil. Between them Kyotaro and Rinka manage to foil a robbery at the museum, perpetrated by Kobushi Kuroi (Jenny Ledel), an esper with the power of invisibility and Kyotaro is quite determined that they should become superheroes, defending the humans from wayward Espers. 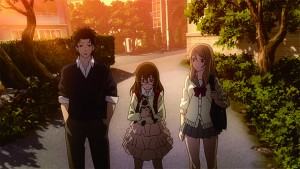 The humans soon develop faith in Rinka’s abilities and dub her the “White Girl”, believing her to be their saviour. However, the Espers have a master plan, far beyond anything anyone could have imagined and are becoming a formidable force under the command of the mysterious “Professor”. Will a small ragtag band of friends be enough to stop them?

Tokyo ESP is very enjoyable. The animation style is glorious, colourful and well drawn and worthy of it’s I.G. Port heritage. The story is really good too, well written and with characters who are easy to identify with and well developed.

It is also a very interesting approach, starting as it does almost at the end of the story and then showing how each of them came to be where they are.

This Collection comes with both Blu-ray and DVD versions of the series, plus lots and lots of special features: 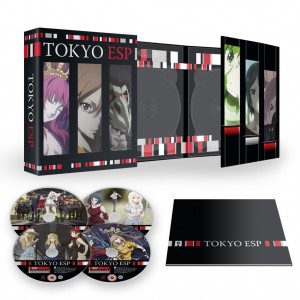 “There’s an old saying. You can live your life one of two ways. You can slog through, believing that miracles don’t exist, or you can take it as fact that everything’s a miracle.” 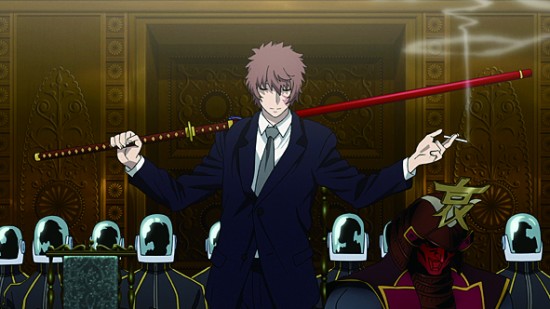