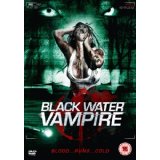 Written, directed and edited by Evan Tramel, Black Water Vampire follows in the footsteps of films such as The Blair Witch Project and Paranormal Activity, using the actors carrying hand held cameras instead of employing camera men.

“Dec 17th 2012, Danielle Mason led a documentary film crew to investigate a string of murders known as ‘The Black Water Killings’ and interview Raymond Banks, the man convicted of the crimes. The following footage was recovered a year later.” 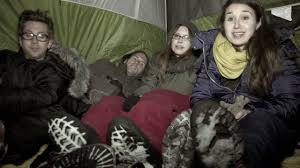 Danielle Mason (Danielle Lozeau – Legion, The Eye), grew up in the area near to Fawnskin, the small town near to Black Water Creek where the bodies were discovered, drained of blood and with bite marks on their necks and strange symbols on their skin. 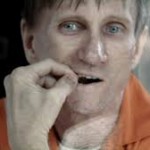 Together, they pack up their belongings and strike out along the “Blood Sucker Highway” headed for Fawnskin. After several bizarre interviews, first with the townsfolk and then with Raymond Banks (Bill Oberst Jr. – Take This Lollipop, The Secret Life Of Bees), they embark on a three day hike into the forest which is widely believed by the locals to be inhabited by vampires.

This is about as good an idea as it sounds. It is also interesting to note that the killings of the four women over forty years all took place on Dec 21st, the very day they plan to arrive at the murder site. Excellent plan then chaps, what could possibly go wrong? As a character, Rob is irritating, always complaining, but I must admit, as it turns out, he does have a point. 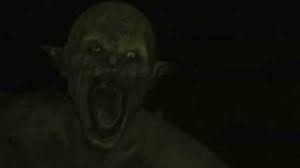 As with all of these kind of films, the shaky camera work is pretty annoying, but not as bad as some, since it is quite a long way into the film before the running about starts. And that in itself is part of the problem. Nothing really happens and when they do finally get the action, the majority of it takes place in the dark anyway. There are a couple of genuinely scary moments, but they are easily outweighed by the tedium of the rest of the film.

The twist seems to be that couldn’t be bothered to think of a twist and for some reason although this is supposed to be found footage, someone has helpfully added a score of atmospheric music over some of the scenes. Thoughtful.

Not great this, although maybe fans of the genre would disagree. There are far better horror films, with less glaring loopholes out there waiting to be watched. 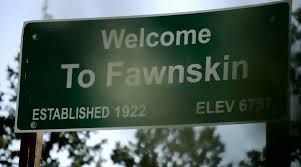 Black Water Vampire is available to buy now on DVD