3 stars for this disturbing courtroom drama. 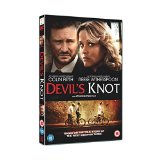 Devil’s Knot is directed by Paul Harris Boardman (Hellraiser: Inferno, Deliver Us From Evil) and is based on true events which took place in a small Southern town in the early nineties.

The story revolves around Pam Hobbs (Reese Witherspoon – Legally Blonde, Walk The Line), whose son Stevie and his friends, Michael and Christopher go out on a bike ride together and never return home. 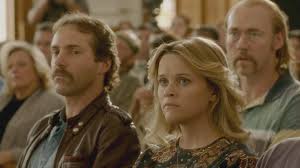 Her husband Terry (Alessandro Nivola – American Hustle, Face/Off) sets out to search but to no avail, and as she finishes work, they join the rest of the town in searching for the children.

At the same time as all this is occurring, a black man is seen staggering into the local diner covered in blood, leaving a trail of blood along the walls as he heads for the ladies room. When the owner calls the police he is told they will be there shortly, however by the time they arrive the mystery man is long gone.

A statement given to the police the following day by Aaron Hutcheson (Jack Coghlan), a good friend of the missing boys, in which he claims to have been with them, leads the police to search Devil’s Den in the nearby Robin Hood Woods. There they find the bodies of the children, naked and bound and the witch-hunt begins. 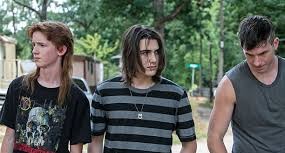 Aaron points the finger at three local teenagers, Damien Echols (James Hamrick), Jason Baldwin (Seth Meriwether) and Jessie Misskelley (Kristopher Higgins), claiming various satanic atrocities and the townsfolk, eager for a scapegoat are all too happy to go along for the ride.

The case attracts the attention of Ron Lax (Colin Firth – Love Actually, The King’s Speech) a Private Investigator who is dead set against handing out the death penalty, especially to teenagers and takes up their case in order to attempt to get them a fair trial. 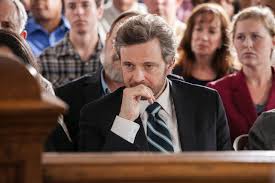 What he uncovers is a a shocking lack of any kind of evidence other than circumstantial, and an unbelievable number of instances of inconvenient evidence being lost or forgotten about by the police. Leads were not followed up, confessions were withdrawn and yet still he finds himself up against it in his search for justice.

Although the story of The West Memphis Three is terrible and a shocking indictment of the American justice system and social attitudes in general, I’m still a little unsure of why it was made into a film. It is by it’s very nature not entertainment and so many lives were destroyed by these events, not all that long ago, that one can’t help wonder whether it was really appropriate to make it at all.

All that aside, the acting performances are excellent and it is quite gripping to watch, although the end is of course disappointing, as true stories nearly always are. Definitely not a popcorn film this one, it’s pretty heavy going. 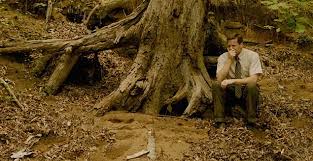