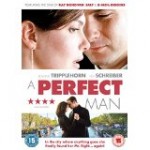 3 stars for this somewhat cliched tale of love and marriage.
A Perfect Man is directed by Kees Van Oostrum (Gettysburg, Thinner) and tells the story of Nina (Jeanne Tripplehorn – Basic Instinct, The Firm) and James (Liev Schreiber – X-Men Origins; Wolverine), an American couple married for nine years and living in Amsterdam together.
Nina has been aware for many years…more

Bush Knife The Rise is an independent film from South African Director, Writer and Producer Renaldo Kell (Street Fighter Vengeance). Filmed around Durban, we are treated to a tale of a man William (Bush Knife) (Bruce Gounder), who had previously borrowed money from a very bad man, The Skull (Ryan Mayne, Legacy of Steel), who has turned up at Williams…more 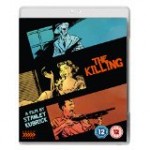 4 Stars For a Classic Heist Movie from Stanley Kubrick.
This Blu-ray comes from the directing god that is Stanley Kubrick (A Clockwork Orange, 2001: A Space Odyssey, The Shinning, Full Metal Jacket). The Killing is his 1956 production of a daring heist, whilst in the special features you get Kubrick’s 1955 film Killers Kiss about a man trying to save…more 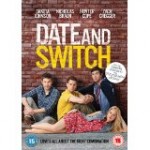 4 stars for this cheeky and funny romantic comedy.
Date and Switch is written by Alan Yang (Parks and Recreation) and directed by Chris Nelson (Ass Backwards).
Matty (Hunter Cope – April Apocalypse) and Michael (Nicholas Braun – The Perks Of Being A Wallflower) are typical teenagers. They have been best friends for as long as either of them can remember, raising…more 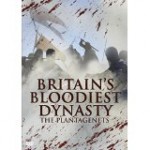 5 stars for this compelling and highly educational insight into British history.
Britain’s Bloodiest Dynasty: The Plantagenets is directed by James Tovell and presented by Dan Jones, the author of The Plantagenets: The Kings Who Made England, the book upon which the series is based.
It documents the rise of the Plantagenet Dynasty to the throne, right through two hundred and fifty…more