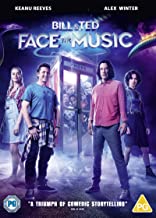 It features the original writers Chris Matheson and Ed Solomon and is directed by newcomer to the franchise Dean Parisot (Galaxy Quest, Charlie Countryman).

“This happy event would seem to make Deacon his own father-in-law and Ted his own uncle, not to mention making my Dad his own son!” 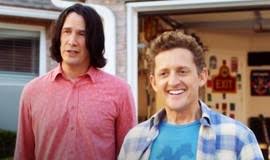 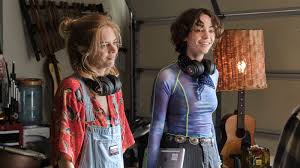 They also have two adoring daughters, Thea (Samara Weaving – Guns Akimbo, Ready or Not) and Billie (Brigette Lundy-Paine – The Glass Castle), who worship them for their music even though the Wyld Stallions are no more and their careers are all but over. 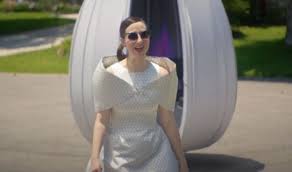 Unfortunately, they have not yet written the prophesied song that will unite humanity and the future is growing uncertain. The Great Leader (Holland Taylor – Legally Blonde) sends Kelly (Kristen Schaal – Norbit, Gravity Falls), the daughter of the epic Rufus, to fetch them to fulfill their destiny. They are told that they have until 7.17 p.m. that night to write the song, when it must be performed or reality will collapse. 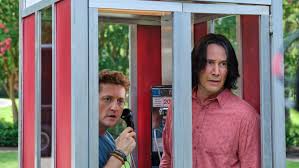 In true Bill and Ted style, they decide that it would be easier to go to the future and take the song from their future selves after they have written it. In the meantime, their daughters have decided to help and are travelling through time to assemble a band of legendary musicians including Jimi Hendrix (DazMann Still – Manifest), Louis Armstrong (Jeremiah Craft – Luke Cage) and Mozart (Daniel Dorr – 20th Century Women). 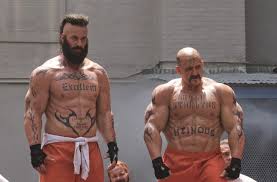 Bill and Ted Face the Music is a hilarious film, which totally captures the spirit of the originals. It was a brilliant idea to finish off the story with middle aged men in the title roles and to take the story right to the very end. It’s great to revisit old characters too.

The casting of the daughters was inspired too, they have the mannerisms down perfectly and are very believable.  With all the familiar gags and catchphrases, this finishes off a brilliant franchise perfectly. It’s well meaning, heartwarming and cautiously optimistic and well worth the long wait. You probably should watch the others first in order to have any idea what is going on, but once you have this is well worth adding to your collection.

“Think about our fans dude.”

“Rob and Wendy will totally understand. Eileen we haven’t heard from in several years.