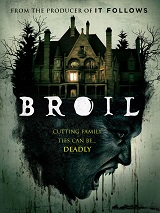 Broil is written by Piper Mars and Edward Drake (Breach, Cosmic Sin) who also directs. It is presented on Digital platforms from 15th February courtesy of FrightFest Presents and Signature Entertainment.

“Six minutes to enter the bloodstream. Sixty nine minutes before the respiratory system begins to fail and seventy minutes before full cardiac arrest. For a human that is.” 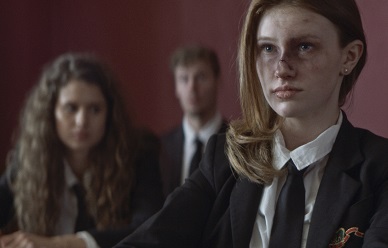 Chance Sinclair (Avery Konrad – Sacred Lies, Van Helsing) is a troubled teenager who suffers from a rare condition which leaves her incapable of tolerating the sun for longer than ten minutes and requiring daily blood transfusions. This is a fate also expected to befall her younger sister Luck (Abby Ross – Once Upon a Time, Seed). 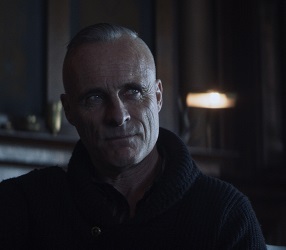 After a series of incidents at school, the final straw comes when she tries to bite a classmate and she is suspended. Her parents June (Annette Reilly – Chilling Adventures of Sabrina) and December (Nels Lennarson – Horns, The Cabin in the Woods) take the decision to send her to live with her overbearing and sinister Grandfather August (Timothy V. Murphy – Snow Piercer, Quantico). He wants her with him to prepare for her 18th birthday.

“One more harvest and your first-born and you two can have your freedom.” 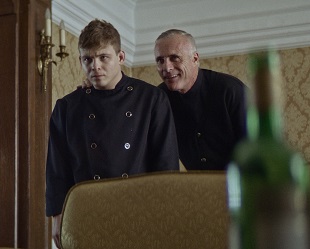 The following year and Chance has just about settled into her new life. However, the annual family gathering approaches and it seems her parents have a plan. They have hired Sydney (Jonathon Lipnicki – Stuart Little, Jerry Maguire), a “chef” from a local cafe, who works for the shady Freddie (Lochlyn Munro – Riverdale, Dead Voices) to cater the event.

Curiously, he is also an expert in all manner of edible poisons and their applications. This is set to be a dinner party to remember for all concerned, as Chance begins to learn the secrets behind her family’s wealth and reputation. 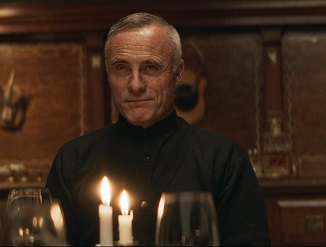 Broil is an intriguing film, well written and with plenty of twists and turns and well acted by all concerned. It’s very clever, but on occasion it’s a bit too clever and becomes a bit muddled.

It is a refreshing take on what sometimes feels like a worn out genre and relies more on suspense and story telling rather than gore. It also takes us on an entertaining culinary journey as we try to guess when the fun will begin.

All in all, a good film and well worth adding to your collection if you are a horror buff.

“As sure as the sun will rise, parents are destined to be empowered by their children, or embarrassed by them.”