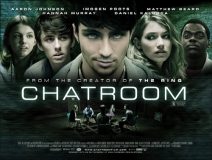 Chatroom is based on the play of the same name by Enda Walsh (Disco Pigs, Hunger) and directed by Hideo Nakata (The Ring, Dark Water). It was originally released in 2010 and will be available in the UK on Amazon Prime courtesy of Signature Entertainment.

“Creative and positive. You really are a teen exclamation mark.” 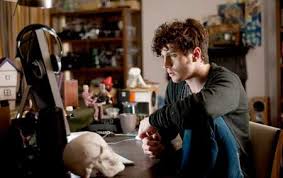 William (Aaron Taylor-Johnson – Angus, Thongs and Perfect Snogging, Godzilla) is a deeply troubled teenager. His mother Grace (Megan Dodds – The Will) is a well known author, writing historical stories for children, based around the fictional adventures of her other son, Ripley (Richard Madden – Game of Thrones, The Take).  He has a history of depression and self harming and hates his parents, blaming them despite their attempts to help him. 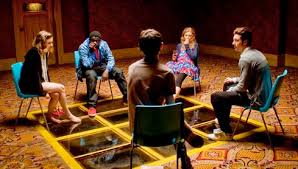 A frequent visitor to chat rooms, he decides to set one up for himself, calling it Chelsea Teens! It soon attracts four other teenagers, each with their own personal issues. The first ever conversation sets the scene, they begin to discuss what it is they hate the most.

Emily (Hannah Murray – Charlie Says, The Chosen) is a young girl who is being moulded by her social climbing parents and resents it.

Mo (Daniel Kaluuya – Black Panther, Welcome to the Punch) is struggling with the fact that he has feelings for his best friend Si’s (Jacob Anderson – Overlord, Broadchurch) eleven year old sister and worries that he might be a paedophile. 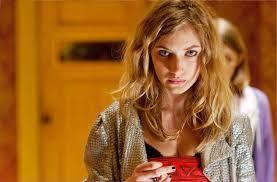 Eva is an aspiring model who is constantly mocked by her workmates about her looks and her size and wants revenge. Jim is a depressed young man with serious Daddy issues, having been abandoned as a child.

At first, discussing their lives and helping each other to find solutions seems to be having a positive effect however it soon becomes apparent that someone has a sinister agenda and is trying to manipulate them. Can they work out what is going on before it is too late? 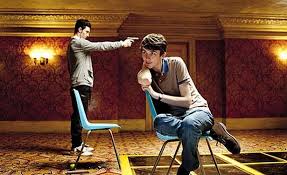 Chatroom is a very well written film, enjoyable to watch yet offering a chilling insight into the power of the Internet and chat rooms over impressionable teenagers.

Although the scenario is simplified for the purpose of this film, the message is clear, you never know who is on the other side of the keyboard, or what they are looking for. 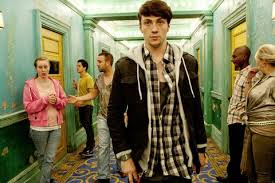 It portrays the Internet in a very interesting way, when they are in the chat room they are shown all sitting together in a physical environment, rather than just sitting at a computer or on their phones. It makes the interactions seem much more intense.  I also enjoyed the way that the online world is portrayed as a seedy run down hotel filled with doors just waiting to be opened and explored. Very clever. What really makes it is the acting performances, excellent across the board.

A good film this, more a psychological thriller than a horror, but well worth a watch.

“A little fear and they’ll stop the social climbing and get back to the basics of loving their daughter.”

Chatroom will be available on Amazon Prime from 3rd July 2020.