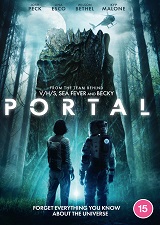 Portal is a sci-fi anthology in three parts, each dealing with a different take on one single event. It is available to stream on Digital platforms including Amazon Prime from 19th April.

“It seems to be hovering two or three feet above the ground. The military won’t let us anywhere near it.”

Without any warning, one day millions of mysterious doorways appear all over planet Earth. Resembling iron filings being pulled by a magnet, they seem to attract people with subliminal messages and within days millions of people are missing, lost through the portals. 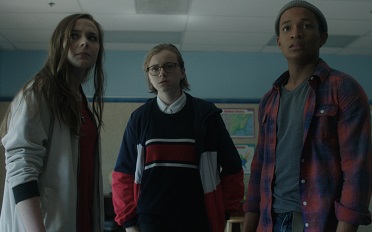 Mr. Johnson receives a call and rushes off, leaving them with no idea what is going on. An announcement over the tannoy tells them the school is locked down, and they leave their classroom only to find a portal in the corridor beyond. 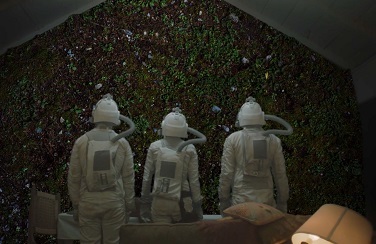 The second segment is Knockers, directed by Saman Kesh. With doorways now a fixture, teams of civilians have been assembled (on a voluntary basis) to go through the portals and investigate what lies on the other side. One such team consists of Beckie the Trekkie (Lina Esco – S.W.A.T.), her boyfriend Vince (Josh Peck – Red Dawn, Drake & Josh) and Paddy (Dugan O’Neal – Stupidface).

Their time on the other side is limited to 12 minutes, as any longer than that can result in permanent psychosis and our hapless team soon discover why as they experience a surreal barrage to their senses. 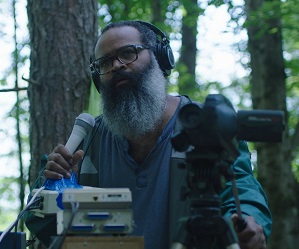 The third and final segment, Lamaj is directed by Dugan O’Neal. It tells us the story of Jamal (Kyp Malone – Scumrock), a scientist who has broken all the rules by finding a portal and not reporting it to the authorities. He is studying it in an attempt to understand the motive behind the silent invasion.

Portal is a very enjoyable film. The anthology format means that there’s something for everyone and the different perspectives on the story add depth to the whole thing. The acting is pretty good and the soundtrack adds nicely to the creepy atmosphere. They also took full advantage of the lockdown for filming, the empty streets and public areas really lend a sense of impending doom with which we are all pretty familiar at the moment.

It raises as many questions as it answers, but I feel like that is a good thing in a sci-fi, it makes you think. Well worth a watch for fans of the genre.