3 star fun for the youngsters in your life. 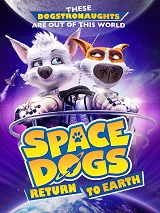 Space Dogs: Return To Earth is the third part of a trilogy made as a tribute to Belka and Strelka, two Russian dogs who spent a day in space aboard Korabl-Sputnik 2 (Sputnik 5) on 19 August 1960 before safely returning to Earth.

It is written by Mike Disa (Wacky Races), directed by Inna Evlannikova (Space Dogs) and presented here to stream on digital platforms including Amazon Prime courtesy of Signature Entertainment.

“We must follow instructions and use our heads wisely. Stay alert, dear commander.” 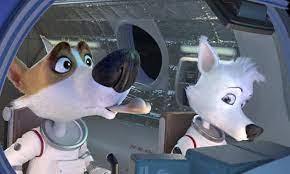 Belka (Maria Antonieta Monge – Pecadora) and Strelka (Mauriett Chayeb-Mendez – Treasure Trekkers) are doggy cosmonauts, currently on a hazardous mission to the moon of Saturn, Enceladus, where they are collecting samples. As they prepare to leave they receive fresh orders from their command centre.

Back on Earth, a strange phenomenon has been observed just off the coast of Cuba, a giant whirlpool which is sucking in everything around it. They must investigate and report back. 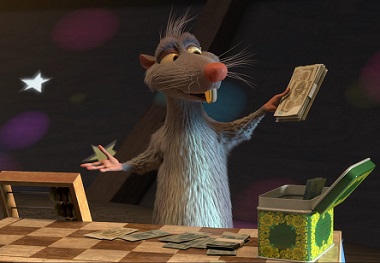 Meanwhile elsewhere, friend of the pair Lenny the rat (Alexander Machado – BoBoiBoy Elemental Heroes) and his sidekick Thomas – who might be an ant (Romulo A. Bernal – The Legend of Chupacubras) are getting themselves in trouble with the law, making money running an illegal sideshow.

They decide to run away to Cuba, where they meet up with Lenny’s Uncle, a seal names Jonas (Christopher Leigh Jahn – Raven the Little Rascal) who happens to own a ship (of sorts). They also meet the sultry Maria, with whom Lenny is immediately besotted. 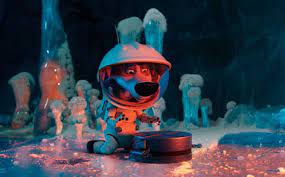 The two groups collide when Lenny and friends rescue Belka and Strelka from Jellyfish Pirates and they all find themselves sucked down to the bottom of the ocean where the will battle to save the planet.

This is a very confusing film, the story makes no sense (I’m not sure why the main characters are portrayed as being quite so incompetent) but the animation is truly beautiful and goes a long way to make this watchable. 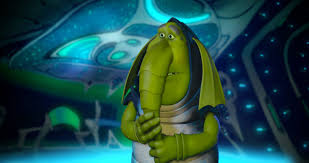 Youngsters will no doubt be entranced by the spectacle and won’t mind the stilted and poorly acted script which is sure to turn off unfortunate parents who have to watch this with them. There are some musical numbers but don’t worry about getting it stuck in your head, they’re incomprehensible and not at all catchy.

Perfect for the audience at which it is aimed, if you have toddlers and young children then this will probably keep them quiet for an hour and twenty minutes.

“Oh, of course, I’m totally at your service. The situation is as follows. Your crazy friend’s shooting damaged everything it possibly could.”