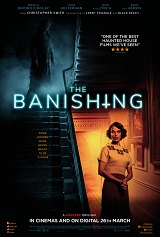 The Banishing is a horror thriller coming to digital platforms on March 26th courtesy of AMC Networks’ Shudder, in partnership with Vertigo releasing.

It is based around the ever fascinating real life story of Borley Rectory, “the most haunted house in England”.

It is written by David Beton (I Am Soldier), Ray Bogdanovic (The Hatton Garden Job) and Dean Lines (Now I’ll Sleep) and directed by Christopher Smith (Severance, Triangle).

“He was a troubled man at times. I’m sure the sunshine of the colonies is doing him some good.”

Linus (John Heffernan – Eye in the Sky) is a young vicar who has been posted to a small village. His new home is to be a superbly creepy manor house, empty for three years following the sudden departure of the previous vicar and his family, supposedly for warmer climes.

The congregation has dwindled in the meantime and Linus has been charged by Bishop Malachi (John Lynch – The Fall, Sliding Doors) to bring them back to the fold. Also joining him at the manor are his wife Marianne (Jessica Brown Findlay – Downton Abbey, Brave New World) and her daughter Adelaide (Anya McKenna-Bruce – Cleaning Up, Sense8). 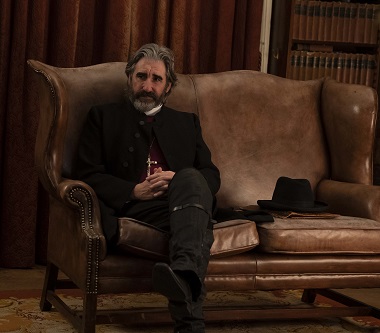 Marianne feels a little uncomfortable in the house, but Linus is unwilling to listen. Adelaide also begins to act strangely and it soon becomes apparent that both the house and the church have some very dark secrets.

The locals know the score and want to help, Harry (Sean Harris – Mission Impossible: Rogue Nation) tries to warn them and could help, but will he be in time? 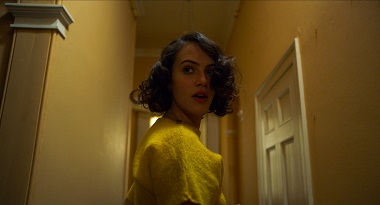 The Banishing is a very entertaining film. The tension builds almost palpably and you are kept guessing right the way through to the end. This is an elegant take on the haunted house genre, with clever use of mirrors and interesting camera work.

It’s a gripping story enhanced by excellent acting performances and a lavish period setting. A great film and well worth a watch.

THE BANISHING will stream on the following digital platforms (available to buy or rent) from the 26th March, courtesy of Vertigo Releasing:

THE BANISHING will also stream on Shudder from the
15th April