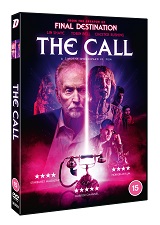 The Call is written by Patrick Stibbs and directed by Timothy Woodward Jr. (The Final Wish, The Outsider). This classic tale of creepy haunted house horror has some nice ideas and should be satisfying enough for most fans of the genre.

“We all know what happened. Edith Cranston got to her, She used to run this day care centre. One day Laura was there and then, no-one ever saw her again.” 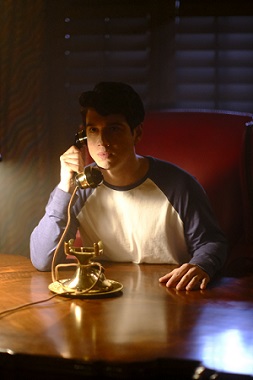 Chris (Chester Rushing – Stranger Things, All Night) is the new kid in Willow Falls. On his first day at his new school, he is approached by bad girl Tonya (Erin Sanders – Big Time Rush, Guilty at 17) who seems strangely drawn to him. She introduces him into her circle of friends, brothers Zach (Mike Manning – Days of Our Lives, Teen Wolf) and Brett (Sloane Morgan Siegel – Dwight in Shining Armour) and they attend the local carnival together.

They decide to include him in their tradition of driving to the former day care facility, now their home, and terrorizing Edith as they have been doing for years. They have slashed her tyres, broken her windows and tried everything to make her pay for what she did.

“We can’t get her to confess, but we can make that old hag suffer.”

On this occasion, she comes out to them and tells them she will not be run out of her home. This time is different however, as Chris realises when he reads the obituaries a few days later and sees that she died the same night they went to the house. 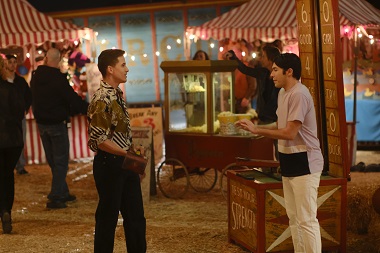 All four of them receive an invitation from Edward Cranston to his house. There he gives them one simple task, make a phone call and stay on the line for one minute. They soon realize however that they are in a desperate struggle for survival and will be lucky to survive the night.

The Call is a very stylishly made film. Set in the eighties, there are lots of nice details that make it feel of the era, down to the music, the outfits and the attitudes. 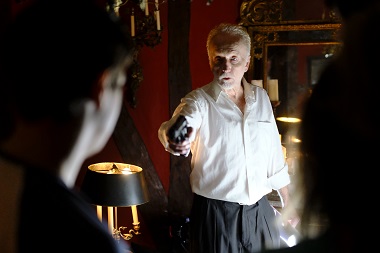 Although it brings nothing new to the table, it is a good idea for a story, well written and with enough action to keep you engaged all the way through. Lin Shaye and Tobin Bell are outstanding as the “evil couple” and the youngsters put in a decent performance too.

The special effects are really good and there is plenty of gore, however some of it does feel as if it’s there just for the sake of it. The ending is also a little predictable and disappointing but overall this is a well made film and definitely worth a watch.