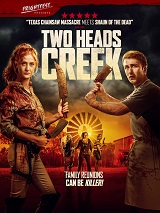 Two Heads Creek is a British/Australian horror comedy film written by Jordan Waller (Darkest Hour, Victoria), who also stars and directed by Jesse O’Brian (Alien Arrival). Both of them are relative newcomers and this is a brilliant start to their careers, let’s hope for more to come in the future.

“You don’t belong here. You’re not a butcher, you can’t butch. You can’t cook, you can’t clean. But you’re finally free to find out who you really are.”

Norman (Waller) is a shy and somewhat inept young man of  Polish descent, living in a butcher’s shop in Slough. His twin sister Annabelle (Kathryn Wilder – Adulting) is an aspiring actress who has attempted to distance herself from the family. 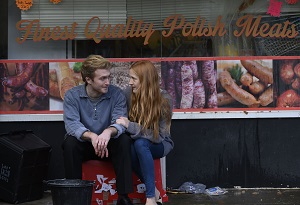 Following the death of his mother Gabriella, he finds himself in charge of the shop and besieged by local children daily for being a foreigner.

On the day of the funeral (held at the shop with the casket somewhat disturbingly next to the meat counter) hordes of Polish relatives descend and one of them inadvertently mentions that Gabriella loved them as if they were her own.

When going through her effects, they find a postcard from a small town in Australia named Two Heads Creek from someone called Mary Pearce (Kerry Armstrong – Lantana, Neighbours), seeming to confirm that they are indeed adopted and that she is their birth mother. 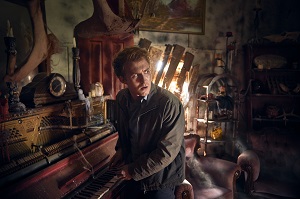 Both tired of living in the post Brexit wilderness of Slough, they decide to travel to Australia in search of their birth mother.

After a rocky start, they are loaded onto a tour bus full of snap-happy Asians driven by the hard-done-to Apari (Gregory J. Fryer – The Sapphires, The Dunes) and guided by the overly cheerful Apple (Helen Dallimore – Into the Woods, Mr Accident). Eventually, after a ten hour drive and a rude awakening, they arrive in Two Heads Creek, Australia’s top town for immigrants. It all seems very run down, however they are shown the “world famous” stationery shop, butchers shop (don’t eat the sausages!) and Villagers Arms Hotel. 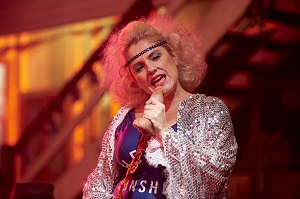 They are told their mother is dead and the town hold a funeral, but they also hold plenty of dark secrets and the twins must set aside their differences in order to survive this extraordinary family reunion. 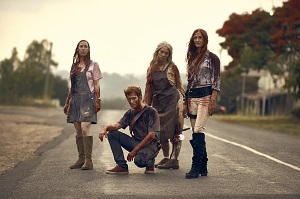 wo Heads Creek is a hilarious film, brilliantly written with a script featuring some quite eye watering language and laugh out loud humour. The actors do a great job too. Its social commentary on Australian attitudes towards immigration is about as subtle as a sock full of fifty pences to the face, but this just makes it even funnier.

There is a mind blowing amount of racial stereotyping aimed at anybody and everybody and just to top it off, lots and lots of blood and gore literally all over the place. It certainly isn’t one to watch if you’re either easily offended or squeamish, but otherwise I would thoroughly recommend it. Well worth a watch!

“Do try to avoid the Koalas. If they urinate on you, you will catch chlamydia.”