3 stars of rocking and romantic slice of life anime. 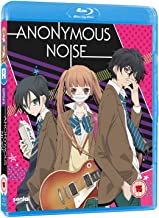 Anonymous Noise is based on the Japanese manga series written and illustrated by Ryoko Fukuyama. It is adapted to anime by studio Brain’s Base (Penguindrum, Brothers Conflict) and directed by Hideya Takahashi.

“Every morning, over and over I sing, looking back on that spring six years ago. My voice still hasn’t reached him.” 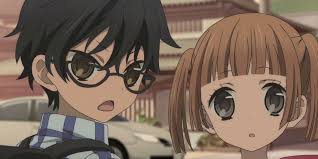 Nino Arisugawa (Juliet Simmons – Is It Wrong to Try to Pick Up Girls in a Dungeon?) is a first year high school student with a love of singing. As a young girl, she was in love with her next door neighbour Momo (Houston Hayes –
Haven’t You Heard? I’m Sakamoto) and the two of them would often sing together from their bedroom windows. Their favourite song was Kira-Kira-Hikaru (Twinkle Twinkle Little Star) and by the time you finish watching this, you’ll probably want to break something if you ever hear it again. 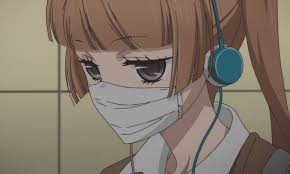 She was constantly mocked for her singing, but Momo always defended her and during their final conversation, he promised her that if they were ever separated she should sing and he would use her voice to find her.

Her life was turned upside down when Momo was moved away due to his parents going on the run from debtors. 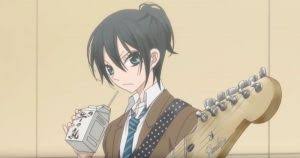 It was then that she met Yuzu (Bryson Baugus – Haikyū!!), a young composer who writes his music on the sand. Nino sings one of the songs he has written and he falls in love with her voice. Unfortunately, he too disappears without a trace. 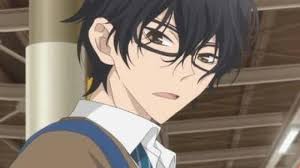 Six years later and Nino still goes to the beach every morning to sing that song , hoping that somehow one of them will hear her. Upon starting high school, she attends a Band Club concert and sings along at the top of her lungs, setting in motion a love triangle and a singing competition.

Anonymous Noise is an entertaining anime, which features some pretty good music, all complete songs which is unusual in itself. It’s a decent slice-of-life romance story as well, although the ending is a bit unsatisfying. 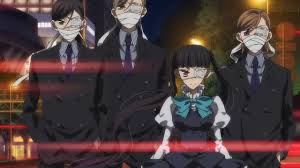 While it is enjoyable, it is also very irritating in places, if I ever hear la-la-la-la or the word Momo again it will be way too soon. However, if you can set aside how repetitive it is and just sit back and enjoy then this is a good watch.

Well worth adding to your collection if you are a fan of the music or romance genre.

Anonymous Noise is available to buy now on Standard Edition Blu-ray and will be released on 13th April 2020.